Florence + the Machine is an English alternative band, co-founded by front-woman, Florence Welch, and keyboardist and producer, Isabella Summers. The band was initially managed by Mairead Nash (LuvLuvLuv) who also managed the original duo, known at the time as ‘Florence Robot/Isa Machine’, after Florence Welch sang Etta James‘ “Something’s Got A Hold On Me” to her in a club bathroom in December 2006. It is now managed by Hannah Giannoulis, who was part of the original LuvLuvLuv Management team.

The band first found fame in their native UK. Their debut album, Lungs (2009), went Gold within the first week of release, Platinum in less than 6 months and 4x Platinum in just over a year. They broke into the USA market after an elaborate performance of “Dog Days Are Over” at the 2010 VMAs.

Their sophomore album, Ceremonials (2011), debuted at #1 on the UK, Ireland, Australia and New Zealand charts. The band embarked on their second arena-based tour, the Ceremonials Tour. Most dates completely sold out.

In July 2012, Florence + the Machine released “Spectrum (Say My Name)” as remixed by Calvin Harris. The single shot to success on music charts around the world. To date, it is their best-selling single in the UK.

June 2015 brought the band’s much-anticipated third album, How Big, How Blue, How Beautiful. The album and lead singles, “Ship to Wreck” and “What Kind of Man”, were collectively nominated for five GRAMMY Awards.

While touring the album in 2015, the band headlined Glastonbury Festival on the Pyramid stage, after Foo Fighters pulled out due to injury, to critical acclaim. British newspaper, The Telegraph described the performance as “pop music of the very highest order”.

In 2016, the band contributed to two soundtracks: Final Fantasy XV and Miss Peregrine’s Home For Peculiar Children with “Wish That You Were Here”.

“Sky Full Of Song” was released for Record Store Day 2018, starting rumours of a new album. The band officially announced their return in May 2018 with the lead single, “Hunger”, from their fourth album, High As Hope.

In March 2022, the band announced the release of their 5th album Dance Fever following the posting of mysterious tarot cards to fans with the title of the first single King. 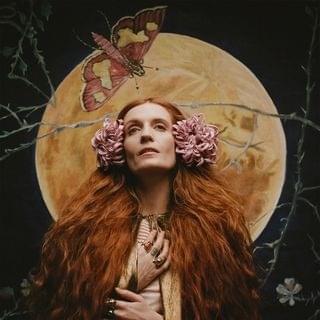