Bruce Springsteen is a rock ‘n’ roll icon from the great state of New Jersey. Nicknamed “The Boss,” he’s known for spirited sax-powered anthems about working-class people making their way in the world. Backed by the trusty E Street Band, he’s sold more than 120 million records, won numerous awards (including 20 Grammys and an Oscar), sold out stadiums around the globe, and earned a place alongside his teenage heroes in the Rock and Roll Hall of Fame.

Although he’s a living legend who ranks among the most important artists in rock history, Springsteen wasn’t an overnight success. Around the time of his first album, 1973’s Greetings from Asbury Park, N.J., he was dismissed as just another “new Dylan"—some scruffy folk singer with a decent vocabulary looking to follow in Bob’s footsteps. In the decade that followed, Springsteen proved himself to be much more.

His breakthrough came with his third album, 1975’s Born to Run. The record hit No. 3 on the Billboard 200 and landed the singer-songwriter on the cover of both Time and Newsweek. Bruce nabbed his first chart-topping album five years later with The River, and in 1984, he went global with Born in the U.S.A., a critical and commercial smash that produced seven Top 10 singles.

With its mix of upbeat rock ‘n’ roll and hard-hitting lyrics about unemployment, racism, and the collapse of the American dream, Born in the U.S.A. captures much of what makes Springsteen such a unique artist. More than 30 years later, he remains a spokesman for baby boomers and a hero to young rock fans looking for an example of a guy who’s never sold out or phoned it in. He speaks truth to power—then jumps up on the piano and cues the sax solo.

To this day, the Boss gives three-hour concerts that typically end with him inviting fans onstage to groove along to “Dancing In the Dark,” one of his ‘80s favorites. Many have called on him to run for president, but don’t expect him to quit his day job. 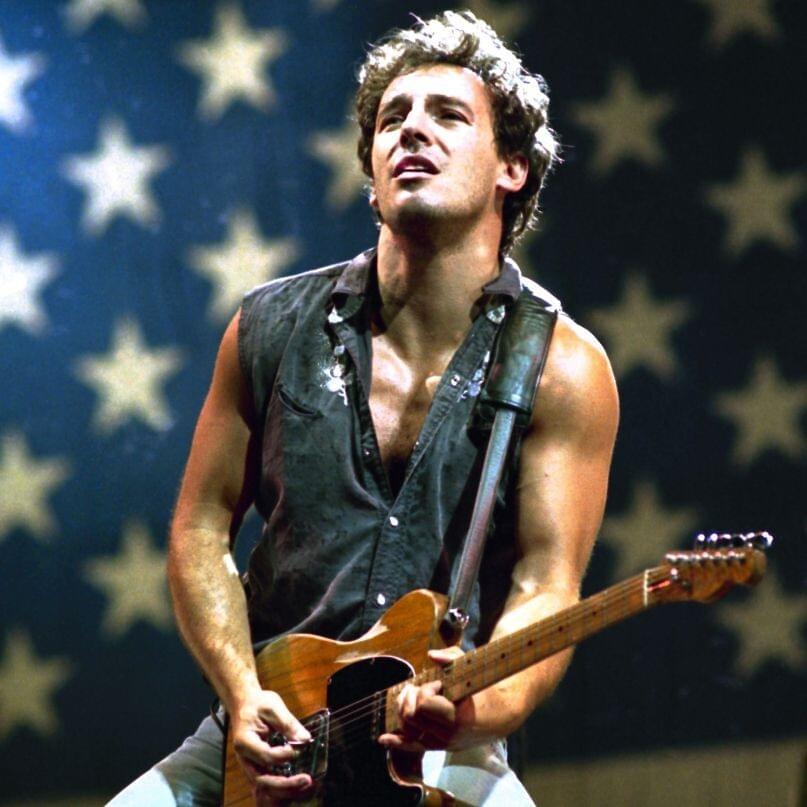