Swift (born as Ondre Moore on March 17, 1974) is a rapper from Detroit, Michigan and a member of D12. In 1995 to 1996 Swift was in another Detroit rap group called “Da Rabeez” which later disbanded after he left to work with D12. Swift has appeared on all D12 releases and has released 2 mixtapes. Swift has featured on several Eminem songs such as “Under the Influence” and “When The Music Stops.” Swift appeared on Eminem’s EP in 1997 called The Slim Shady EP as “Swift-E”. Swift was arrested in 2006 due to missing court hearing to attend the funeral of former band member DeShaun “Proof” Holton and was sentenced for 2 days, and then 2 years due to use of illegal narcotics. Swift was very close to fellow D12 rapper Bugz who was murdered, and ever since then has had a tattoo of a heart and underneath it says “Bugz”. 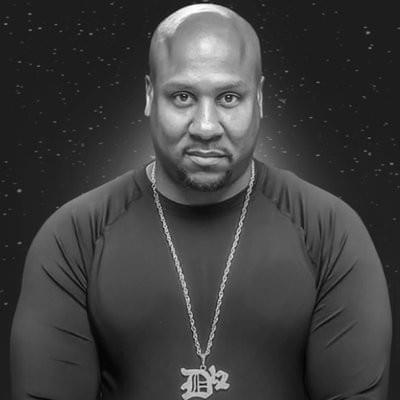