Christopher Edwin Breaux, professionally known as Frank Ocean, was born on the 28th of October, 1987 in New Orleans, Louisiana, and has earned cult-icon status with his enigmatic persona and idiosyncratic approach to pop. It is reported that the name “Frank Ocean” was partially inspired by the original Ocean’s 11 (1960) film, which starred Frank Sinatra.

In 2005, Hurricane Katrina destroyed his recording studio in New Orleans which prompted his move out to LA, joining hip hop collective Odd Future later in 2009. Ocean started out ghostwriting tracks for pop stars such as Justin Bieber and Beyoncé, but decided on a career change:

There was a point where I was composing for other people, and it might have been comfy to continue to do that and enjoy that income stream and the anonymity,“ he says. "But that’s not why I moved away from school and away from family.

He signed to Def Jam but after their refusal to let him release his album, he self-released the mixtape nostalgia, ULTRA. to critical acclaim. His follow-up album, Channel ORANGE was released in 2012 to both critical and commercial acclaim, winning him a Grammy in 2013 for “Best Urban Contemporary Album”.

After a four year hiatus from music and multiple equivocal posts made on his Tumblr, Ocean returned with his visual album Endless that first began as a live stream on his website. The 45-minute video follows Frank building a staircase in an empty warehouse. Endless' abstract nature, its fusion of electronica, trap, and R&B, makes it Ocean’s most experimental release.

48 hours later, Frank dropped Blonde alongside a 360-page magazine entitled Boy’s Don’t Cry. Frank chose not to submit Blonde for consideration at the Grammy Awards, stating in the NY Times:

that institution certainly has nostalgic importance; it just doesn’t seem to be representing very well for people who come from where I come from, and hold down what I hold down.

The album was certified platinum on July 2018.

Since releasing his last two albums, Frank has started a Beats One radio show blonded, where he debuts new music and remixes of previously released songs. He is currently releasing music through his independent labels, Boys Don’t Cry and blonded.

Frank’s music, especially his releases post-Channel ORANGE, can be characterized as future psychedelic soul. Ocean strayed away from the saturated sound that dominated pop during his four-year hiatus and, as a result, became regarded as one of the biggest influencers in R&B and pop today. His songs are met with praise due to his use of dense lyricism and elliptical songwriting over gently guided melodies. Blonde and Endless, especially, encapsulate Frank’s versatility; his ease in bending genres demonstrates he is an artist with no boundaries.

Films and cars serve as inspiration for a large part of Frank’s music. His musical influences range from Stevie Wonder to Outkast to The Smiths. In a tributary Tumblr post dedicated to Prince, Frank revealed that his favorite song of all time is Prince’s “When U Were Mine”.

Ocean is also notorious for his reticence and sporadic release of music. He shies away from the public eye and has done only 18 interviews his whole career. Live performances are a rarity today. The only way fans could keep up with him was through cryptic posts on his Tumblr; however, Frank has now joined Instagram. 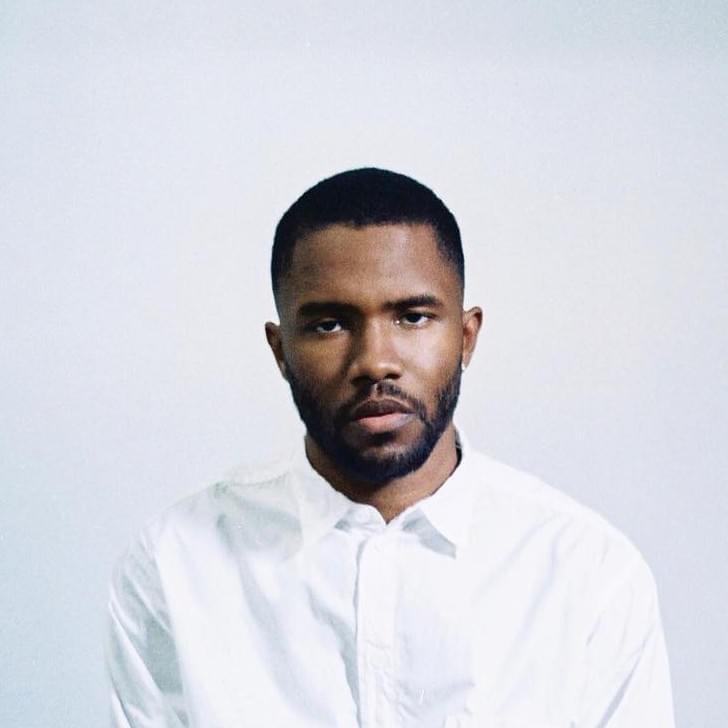