Meghan Trainor is a pop singer-songwriter from Nantucket. Before launching her solo career, she wrote songs for the likes of Sia and Sabrina Carpenter. She entered pop stardom with the controversial but danceable body-positivity anthem “All About That Bass,” which led her 2015 debut LP, Title.

In 2016, Meghan released her sophomore effort Thank You, which was preceded by the smash single “NO.” Peaking at #3 on the Hot 100, top 20 track “Me Too” & the reggae-influenced “Better” supported the release of the album.

Staying reasonably quiet in 2017, Trainor dropped the single “I’m A Lady” for the movie: “The Smurfs: The Lost Village.” Trainor underwent vocal surgery during the year and needed time to rest her voice before returning to the limelight.

At the beginning of 2018, she began her comeback, releasing the poppy track “No Excuses” in promotion of her third record, which was originally slated for release in 2019 but was pushed back to January 2020.

In Febraury 2019, Meghan released her second EP called, “The Love Train,” which included six love songs inspired by her husband, Daryl Sabara. Four, including her latest single “All The Ways,”, were upbeat pop songs and two, “AFTER YOU,” and “Marry Me,”, were ballads. Later that year she released her single “Wave”, from her upcoming album.

In 2020, Meghan released her third album, Treat Myself and its deluxe version. 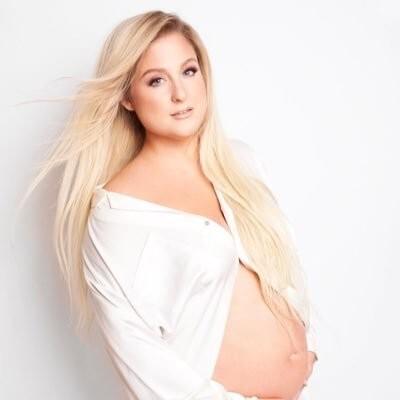