Jeffery Lamar Williams (b. August 16, 1991), popularly known as Young Thug, is an innovative trap artist from Atlanta known for his experimental vocal styles on versatile production ranging from hard trap beats to experimental pop records. Thug is known as a pioneer for much of the 2010s generation of rap, and his constant cosigns, features, and chart presence cement his status as a leader in the streaming era and current rap scene.

While Young Thug released his first mixtape in 2011, it wasn’t until fellow ATL trap artist Gucci Mane took Thug under his wing in 2013 that he began to see great success as an artist. That year, Thug released his first major hit, “Stoner,” which quickly gained viral traction on social media, then “Danny Glover,” which propelled him to an even larger scale of success. After Gucci Mane went to prison in 2013, Thug saw success by re-aligning himself with Cash Money Records’s own Birdman and his newly-formed Rich Gang collective with the hit single “Lifestyle” and a collaborative mixtape before officially signing to 300 Ent. in 2015. Under 300, Thug continued to release many more singles, mixtapes, and features, gradually boosting his popularity before releasing his debut album, So Much Fun, which topped the Billboardundefined 200 on August 31, 2019.

After 2015’s “Best Friend” became Thug’s first platinum single, his 2016 collaboration with Travis Scott, “pick up the phone,” became his new highest-charting song on the Billboardundefined Hot 100. This would later be succeeded by “Havana” with Camila Cabello, the best-selling single of 2018. However, his current highest-charting song as lead artist is “Hot,” which topped the Rolling Stone 100 and peaked at #11 on the Billboard Hot 100, surpassing his previous biggest hit, “The London,” which peaked at #12 on the Billboard Hot 100.

Thug has been cited as an inspiration for many popular artists, including Lil Uzi Vert, Gunna, Lil Baby, NBA YoungBoy, and even the legendary Kanye West. While many have dubbed Thug as a huge musical inspiration, Jeffery himself consistently cites Lil Wayne as his biggest idol and influence, even though they have both publicly spoken about their past issues with one another, which have since been resolved.

Thug has also officially released collaboration projects with Bloody Jay, Rich Homie Quan, Future, and Chris Brown, along with being a major participant in the group projects Lobby Runners and Bankroll Mafia. 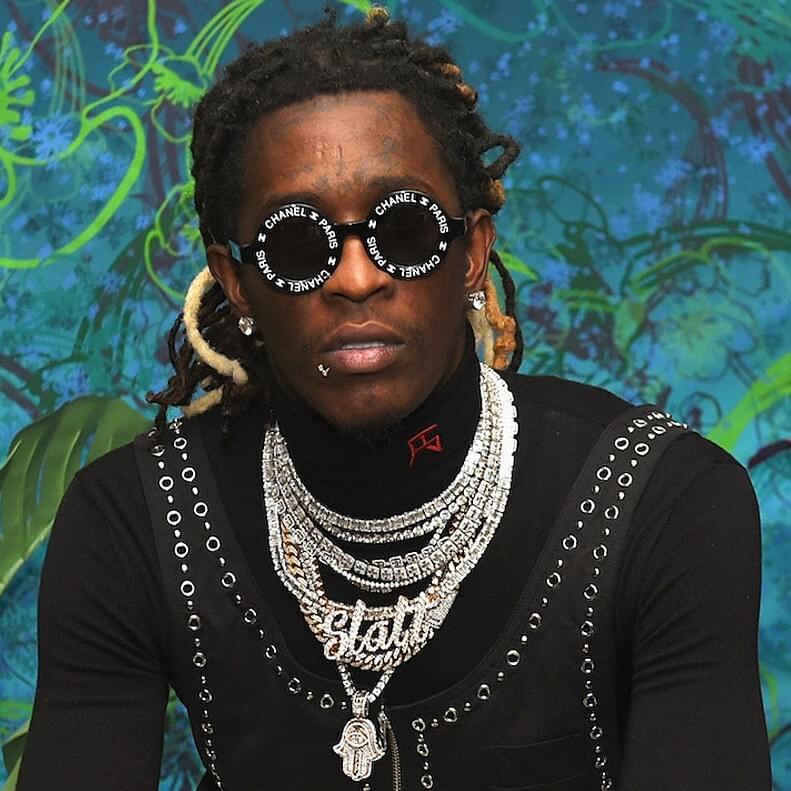