What ever happened to GOOD music? You know—the feel good, soul stirring music that moves every part of your physical, mental, and spiritual being. Some people believe music like this no longer exists; especially with all the booty poppin’, overplayed voice synthesizer songs filling the clubs and radio airways. Don’t give up just yet. Lovers of pure, organic music have a reason to believe again: Choklate.

T h e S e a t t l e – b a s e d songstress, who writes all her own music, has already taken the breath away from many listeners around the world. Choklate infuses her sultry alto voice with hard, progressive beats and very real lyrics—sparking many different kinds of emotions. “All of the music that I make is from my soul,” Choklate genuinely confirms.

There’s no need in trying to make her fit into one particular music genre. She candidly explains, “I just do what I feel inside. A lot of times I go into the booth and just try stuff. Whatever the music says to do, I do. I’m just a big ol’ mash of good music.” She does admit that people who like Hip-Hop, R&B, Blues, and Jazz will probably be more attracted to her style.

Believe it or not, Choklate did not see music as an option until she relocated back to Seattle from Southern California (where she was raised) about six years ago. “I arrived at my brother’s house, and there was a music studio in front of me,” she says. Her brother, owner of Common Sense Studio, allowed Choklate in the booth after she constantly joked with him about allowing her in the studio. Her story is not like most trying to break into the industry. “I had no idea. I was going to school for graphic design; working in nursing. I had a certificate in nursing, and I just started to do office managing,” she says. The day she walked in the booth was the day she realized she was on to something. This new found passion led her to her self-titled debut album re-released in 2008 under her own Choklate Music label.

For someone that hasn’t been in the industry for a long time—a little over 2 years to be exact—Choklate has created a tremendous buzz—packing 2008 full of excitement. She has already performed in Sweden, France, Italy, UK (to name a few); performed at the ‘I Got Soul’ Conference; opened for Neo-Soul genius Bilal. The rest of 2008 was just as heavy with her opening for R&B group Boyz to Men; performances at The Blue Note (NYC), Underground Soul Sessions Concert (Houston, TX), Soul Is…Concert Series with Darrius Willrich (MD), and a special show with Roy Ayers at Sugarhill. This is just a portion of what is in store.

She’s made her presence known globally ever since she released her self-titled debut album in 2006 (Kajmere). She soon hit the promotional road tour shortly after the album release making appearances at listening parties, radio, retail, and music lifestyle events in NYC, DC, Virginia, Philly, Baltimore, and some appearances overseas. Her increased visibility landed her a nomination for the SoulTracks Award (http://www.soultracks.com) for ‘Female Vocalist of the Year;’ and made her winner of a HoneySoul ‘Best of

The momentum did not stop there. By March 2007, Choklate hit the road again to headline her very first concert tour. The Hustle Hard Tour quickly became the most anticipated indie tour of the year. It reached Atlanta, Virginia, NYC, DC, Boston, and two sold out finale shows on her Seattle turf. Choklate received the AGAPE Indie Artist Award for ‘Female R&B/Soul Artist of the Year.’ With three awards already under her belt, she topped 2007 off by being featured and interviewed live on the Michael Baisden Radio Show (http://www.michaelbaisden.com). He named her the B-Side artist for November 16, 2007. That day, Choklate reached about 12 million listeners and her music added to regular rotation on the TV One radio show.

Choklate has worked with some of Seattle’s finest producers: Vitamin D, Bean One, Jake One, Kuddie Mak, Jay Townsend and Amos Miller. She has also opened for various artists such as Dwele, Anthony David, Raheem DeVaughn, Res, Eric Roberson, Bilal. This is all on top of already having appeared on tracks with legendary artists like Blacksheep, Abstract Rude, Butta Verses, De La Soul, Gift of Gab and Chali 2na’s solo albums. Smooth Choklate touched the stages of Seattle’s finest spots like The Baltic

While preparing for her Spring 2009 album release, Choklate remains humble and true to whom she is as a person; and continues to break industry standards with her fresh, vibrant demeanor which shines through her music. “My greatest accomplishment is being a woman I am proud to look at in the mirror—I like who I’m turning in to,” she says. 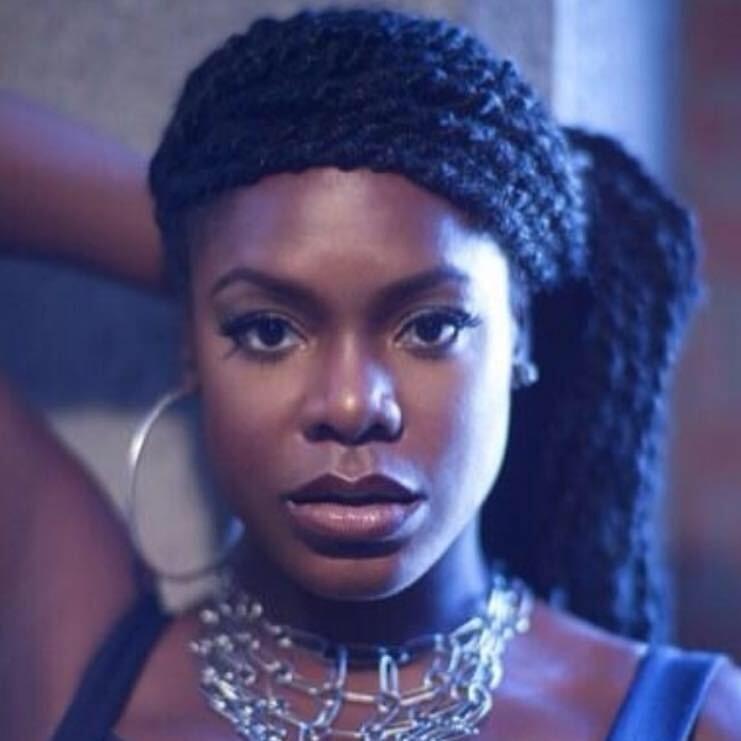