Gabriel “Asheru” Benn, M.Ed. is a veteran Hip Hop artist, educator, and youth activist. He is widely known for performing the opening theme for the popular TV series, The Boondocks, and other musical contributions to the show, for which he received the prestigious Peabody Award – becoming the first hip hop artist to receive the prestigious award. Alongside his career as a Hip Hop artist, Asheru has served as a teacher/administrator in DC Schools for over 15 years, and is well known for his pioneering and innovative efforts to forward the Hip Hop Education movement, namely through his organizations, Guerilla Arts Ink, and the Hip Hop Educational Literacy Program (H.E.L.P.).

H.E.L.P. is a series of supplemental reading workbooks designed to HELP students of all reading levels through the innovative usage of Hip Hop lyrics for critical analysis, multicultural relevance, and effective literacy instruction. H.E.L.P materials are currently being used in schools, afterschool and alternative programs all over the country, and have been endorsed by a wide range of educators and youth advocates, including former Senator, current President Barack Obama (in 2008), Dr. Cornel West, Dr. Jawanza Kunjufu, Dr. Marc Lamont Hill, and many others. He continues to advocate and mentor youth in schools and juvenile detention centers all over the country, with his unique message of promoting literacy as an intervention against youth violence, crime, unemployment, and incarceration.

Asheru is a proud native Washingtonian, who considers himself blessed to have been able to perform and share his talents and make musical collaborations with artists all over the US, Canada, Europe, Japan, and West and South Africa. In fact, he is prepped to release his 4th album, Sleepless in Soweto, dedicated to his recent travels and cultural exchange between DC & South African artists, facilitated in 2010 between Asheru, South African Hip Hop star, Hip Hop Pantsula (HHP), and DC based arts organization, Bloombars. Says Asheru, “Sleepless in Soweto is more than just an album. It is a living, breathing document of solidarity between Africans & African Americans; tied together through the language of Hip Hop. It is a love song to South Africa, my new home away from home… This album is a direct challenge to the status quo, dominant media representation of Blackness both here and abroad. It is an example of where we could go with our artform and voice, and the endless possibilities of what it could be. The time is near; we are almost ready… I can’t wait for you to hear it.” 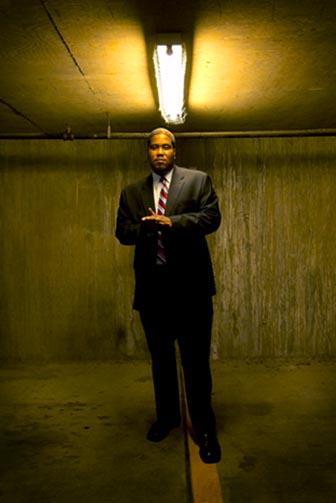