Avril Ramona Lavigne is a French-Canadian singer-songwriter, fashion designer and actress. She was born in Belleville, Ontario, but spent most of her youth in Greater Napanee, Ontario. By the age of 15, she had appeared on stage with Shania Twain; by 16, she had signed a two-album recording contract with Arista Records worth more than $2 million.

2004 saw the release of her sophomore effort, the darker, grungier Under My Skin which was her first #1 in the states and featured top 10 hit “My Happy Ending,” and top 40 lead single “Don’t Tell Me.”

Three years later she returned with her second number 1 The Best Damn Thing, a bright, pop-punk album which strayed away from her previous efforts switching meaningful and personal lyricism music she more bratty, fun music she could enjoy performing live. It spawned Avril’s first and only #1 hit on the Billboard Hot 100 chart: “Girlfriend.” The song’s music video was the first video to reach the 100 million view milestone on YouTube and it was the most-watched video at that time. It’s second single, “When You’re Gone,”, became a top 40 hit in the U.S.

After Avril’s divorce with first husband Deryck Whibley, her fourth studio album, Goodbye Lullaby heavily focused on heartbreaks and was delayed at one point for her to include more single-ready songs and upbeat tracks which she felt it was originally missing. It was an even poppier effort than The Best Damn Thing, that mostly focused on acoustic instrumentation. The album spawned the top 20 hit “What The Hell,” and top 70 hits “Smile,” and “Wish You Were Here.” The album saw Avril taking on production roles for the first time.

Two years later, Lavigne released her fifth, self-titled studio album with Epic Records after departing with Arista. It peaked at #5 on the Billboard 200, her lowest album peak to date. Musically, critics noticed in encompassed styles of music from her previous four albums plus the incorporation of industrial rock, electronic music, and folk-pop. It spawned the top 20 hits “Here’s To Never Growing Up.” “Rock N Roll,” “Let Me Go,” the controversial “Hello Kitty” and “Give You What You Like” were later released as singles, but didn’t fare as well. The video for the fourth single got labeled as “racist” towards Japanese culture in the U.S. despite Japan not having a problem with it garnered Lavigne some publicity at the time.

After a five year hiatus from the spotlight, the September of 2018 saw Lavigne releasing “Head Above Water,” the daring confessional ballad written after accepting her own death due to a long-winded battle with Lyme Disease. It served as the lead single to her sixth studio album due for release in 2019.

Since her professional debut, she has become one of the most successful artists in the world, selling more than 30 million albums and over 50 million singles worldwide. Of Avril’s 6 albums, 5 have peaked within the top 5 of the Billboard 200 albums charts, and five of the records have featured at least one top 20 hits. All albums have attained at least one charting hit. Her notable work and unusual rocker image during the 2000s let to the notable comparison indifference to artists like Britney Spears who were popular at the time. Her time in the 2000s as one of pop and rock’s most notable artist led her to the honorific titles of “Pop Punk Princess,” “Princess of Pop” and “Pop Rock Princess.” 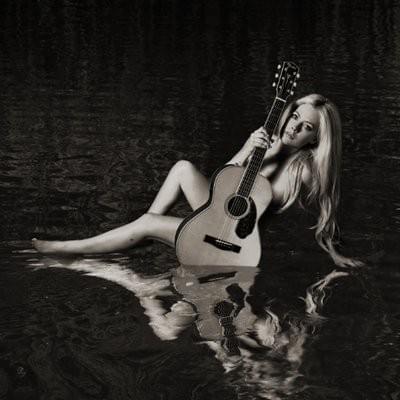