Around the year 2004, in the small town of Franklin, Tennessee, one of the most iconic and influential female-fronted rock bands formed. Paramore, a name that derives from the word paramour meaning secret lover, is a Grammy Award winning pop-punk/pop-rock band that currently consists of lead vocalist Hayley Williams, guitarist Taylor York and drummer Zac Farro. They came up in the pop-punk scene but have since developed a more radio-friendly pop rock sound.

As recognizable as the band’s singer (Hayley Williams) is, the group actually started without her. Josh Farro and Zac Farro initially jammed with Jeremy Davis after school, but after deciding they needed a vocalist, they called Williams and the band was formed. The group eventually added another member, Hayley’s neighbor Jason Bynum, as rhythm guitarist.

Their first album, All We Know Is Falling, was released in 2005 when frontwoman Hayley Williams was only 16 years old. It reached number 8 on the UK Rock Chart, but regardless of the record’s success, it showed problems between band members as Jeremy Davis left the band shortly before its release.

Shortly after the debut record’s success, Davis re-joined the band, and their second album, the Platinum-certified Riot! from 2007, gave Paramore worldwide recognition. The record includes hits such as “That’s What You Get,” “Misery Business,” and “Crushcrushcrush.” At this point the band consisted of singer Hayley Williams, bassist Jeremy Davis, drummer Zac Farro and guitarist Josh Farro.

After the success of Riot!, a new member was incorporated into the group—guitarist Taylor York, who had been working with them in their live shows. Paramore released another successful album as a five-piece in 2009, Brand New Eyes, that includes their hit song “The Only Exception.”

In 2010, the Farro brothers left in a midst of controversy regarding Hayley’s role as major label management. Left as a three-piece band at the time, Paramore started working on a new project that resulted in their most commercially successful album to date, Paramore, released in 2013. It included the acclaimed single “Ain’t It Fun,” which was awarded the Grammy for Best Rock Song in 2015. In December of the same year, bassist Jeremy Davis announced his departure from the band for a second time.

On 19th April 2017, Paramore released their first new music in four years. “Hard Times” served as the lead single from their fifth studio album After Laughter released on May 12th of that year. It was the first album after Jeremy’s departure and Zac’s return. It is also the first album of which Taylor made his debut as a producer. Hayley told The New York Times that this album almost didn’t happen and was fuelled by personal depression and uncertainty about life in the spotlight. 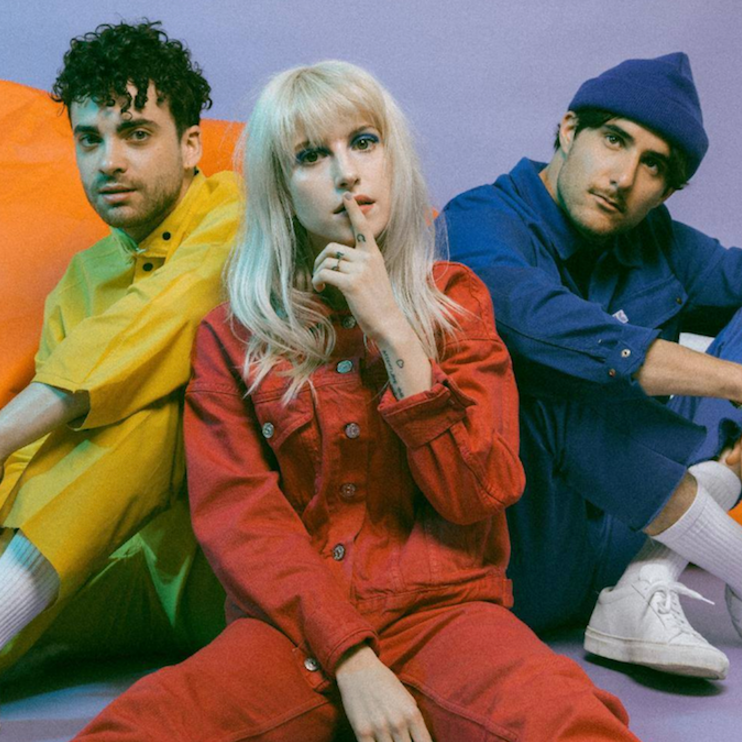