Brantley Keith Gilbert was born January 20, 1985 in Jefferson, Georgia, the oldest son of Keith and Rebecca Porter Gilbert. His brother Kolby is also a talented singer, but is too shy to take the stage. Brantley was in a near-fatal accident at age 19 caused by driving drunk. The wreck erased most of his memories. Writing songs help recapture some memories he lost in the crash. On December 18, 2011 the 6' singer-songwriter gave up alcohol.

In May 2015, Brantley got a tattoo showing his support of the Second Amendment to the US Constitution – to keep and bear arms. The tattoo covers his entire back and depicts two black antique pistols, one with the BG logo and the other with a cross. The wording of the Amendment appear below, “A well regulated militia, being necessary to the security of a free state, the right of the people to keep and bear arms, shall not be infringed.”

Brantley was engaged to
singer/songwriter/actress Jana Kramer from January 20, 2013 to August 15, 2013, but married school teacher Amber Cochran on his Georgia farm. The wedding took place on June 28, 2015.

A few songs of the many songs that Brantley is known for are “Bottoms Up” and “One Hell of an Amen”. 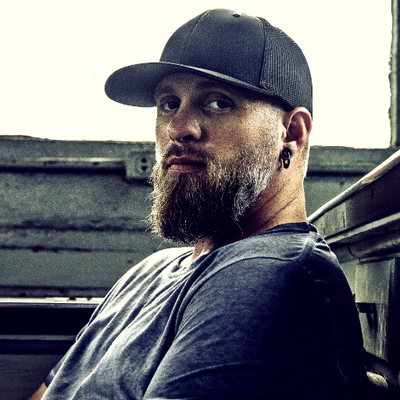