The world’s premiere hip-hop band, The Roots were formed in Philadelphia in 1987 by MC Tariq “Black Thought” Trotter and drummer and bandleader Ahmir “Questlove” Thompson. Since those early days, the band has weathered changes in personnel and record labels while performing hundreds of shows a year and releasing a string of well-regarded (if not always top-selling) albums.

While the musicianship of Thompson and the other band members, as well as their seemingly limitless repertoire, gets most of the attention, real hip-hop fans know that the rapping skills of Black Thought (along with former group member Malik B.) are the group’s hidden weapon. Thought, one of the few MCs brave enough to go toe to toe with Big Pun, handles any groove the band throws at him with aplomb, style, and flash.

Today, The Roots are seen by millions every night as the house band on The Tonight Show Starring Jimmy Fallon, a move that has given the group the chance to indulge its not-insignificant comic side. 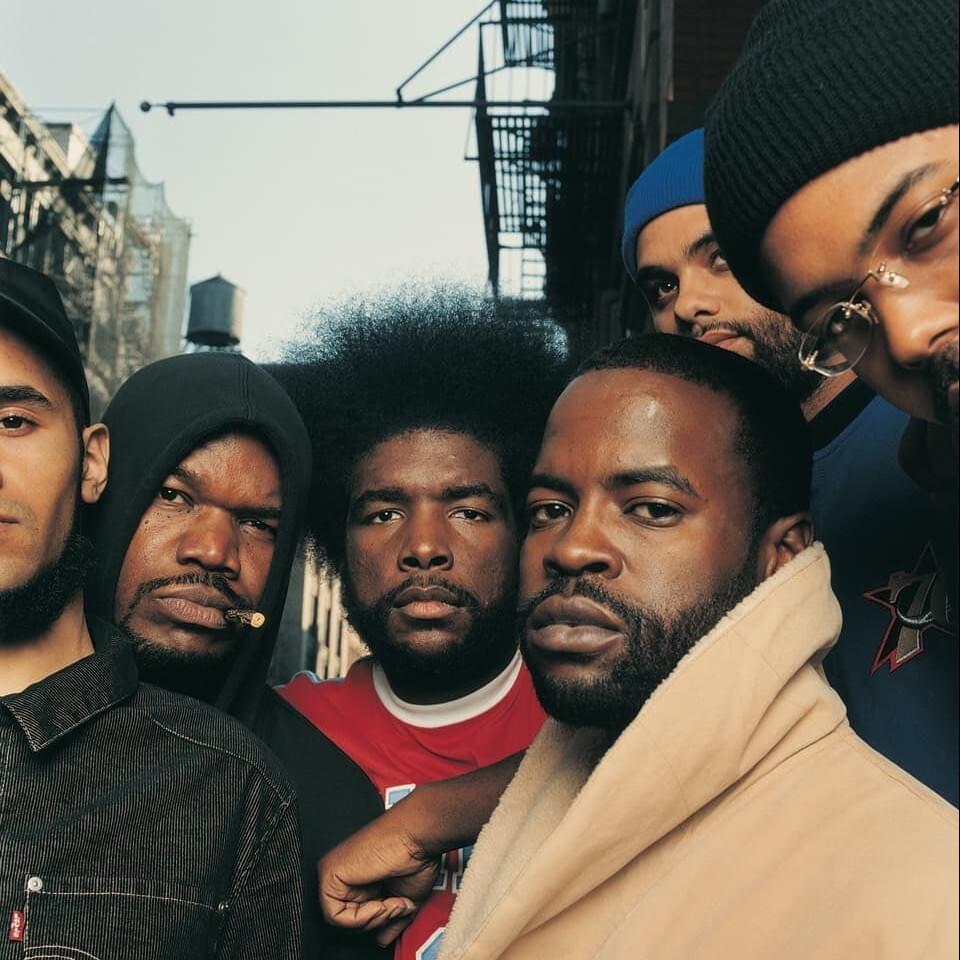