Fuzz Scoota is a rapper from Detroit best known for collaborating with Detroit legends Eminem and Proof. In the mid to late 1990s he was a member of Proof and Eminem’s on-and-off rap group D12; but Scoota eventually clashed with the group and departed, dissing them on the 1999 track “F.U.Z.Z.” Scoota officially rejoined D12 in 2011 but it was not to last. In 2014 Scoota bashed Eminem on Twitter, alleging that Eminem was mad at him for making competitive remarks; needless to say he is no longer in the group.

In addition to his work with D12, Scoota boasts a long discography of solo and guest appearances; recent collaborations include 2014’s “A+” with Loe Louis and Pacewon. 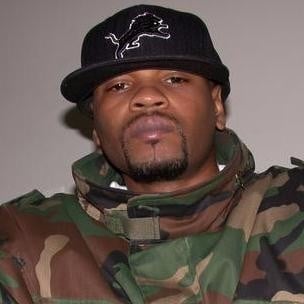