Lopez gained her first high-profile job as a Fly Girl dancer on In Living Color in 1991, where she remained a regular until she decided to pursue an acting career in 1993.

She ventured into the music industry in 1999 with her debut studio album On the 6, preceded by the No. 1 single “If You Had My Love.”

With the simultaneous release of her second studio album J.Lo and her romantic comedy The Wedding Planner in 2001, Lopez became the first woman to have a number one album and film in the same week. Her 2002 remix album, J to tha L–O! The Remixes, became the first in history to debut at number one on the U.S. Billboard 200. Later that year, she released her third studio album This Is Me… Her fifth studio album, Como Ama una Mujer (2007), received the highest first-week sales for a debut Spanish album in the United States. Following an unsuccessful period, she returned to prominence in 2011 with her appearance as a judge on American Idol, and released her seventh studio album Love?. Since 2017, Lopez has produced and served as a judge on World of Dance.

With a cumulative film gross of US$3 billion and estimated global sales of 80 million records, Lopez is regarded as the most influential Latin performer in the United States. In 2012, Forbes ranked her as the most powerful celebrity in the world, as well as the 38th most powerful woman in the world. Time listed her among the 100 most influential people in the world in 2018. Her most successful singles on the US Billboard Hot 100 include: “If You Had My Love”, “Love Don’t Cost a Thing”, “I’m Real”, “Ain’t It Funny”, “Jenny from the Block”, “All I Have”, and “On the Floor”, which is one of the best-selling singles of all time. 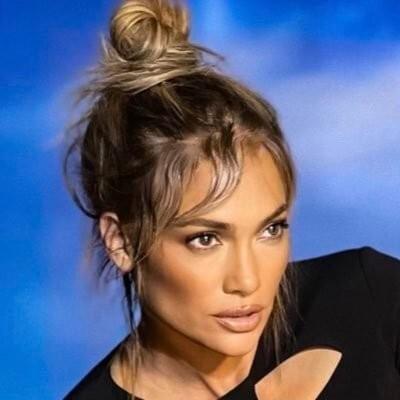