Cynthia Onyedinmanasu Chinasaokwu Erivo (born 8 January 1987) is an English actress, singer, and songwriter. She is the recipient of several accolades, including a Daytime Emmy Award, a Grammy Award, and a Tony Award, in addition to nominations for two Academy Awards, two Golden Globe Awards, and a Screen Actors Guild Award.

Erivo began acting in a 2011 stage production of The Umbrellas of Cherbourg. She gained recognition for starring in the Broadway revival of The Color Purple from 2015 to 2017, for which she won the 2016 Tony Award for Best Actress in a Musical and the Grammy Award for Best Musical Theater Album. Erivo ventured into films in 2018, playing roles in the heist film Widows and the thriller Bad Times at the El Royale. For her portrayal of American abolitionist Harriet Tubman in the biopic Harriet (2019), Erivo received a nomination for the Academy Award for Best Actress; she also wrote and performed the song “Stand Up” on its soundtrack, which garnered her a nomination in the Best Original Song category.

On television, Erivo had her first role in the British series Chewing Gum (2015). She went on to star in the crime drama miniseries The Outsider (2020), and received a nomination for the Primetime Emmy Award for Outstanding Lead Actress in a Limited or Anthology Series or Movie for her portrayal of American singer Aretha Franklin in National Geographic’s anthology series Genius: Aretha (2021). 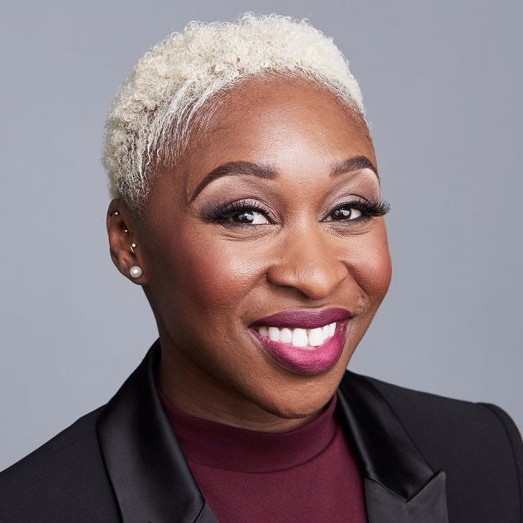