Jonathan Davis (born April 10, 1970), aka Kamaal Ibn John Fareed, aka Q-Tip is a rapper and producer known as a member of A Tribe Called Quest, the hip-hop group responsible for helping popularize “jazz rap” and releasing classics such as “Bonita Applebum,” “Scenario,” and “Electric Relaxation.” After Tribe released their fifth album in 1998, Q-Tip launched his solo career, releasing three albums and popular singles such as “Vivrant Thing” and “Breathe and Stop” before reuniting with Tribe in 2016 to release the group’s final album following the death of his rhyme partner Phife Dawg.

Q-Tip also produced on a number of other projects during his time with Tribe, most notably for Queens representatives Nas and Mobb Deep on their classic albums Illmatic and The Infamous respectively. In 1995, he connected with producer Jay Dee aka J Dilla and Tribe’s DJ/producer Ali Shaheed Muhammad to form the production crew The Ummah, and the trio produced and remixed tracks for Busta Rhymes, Janet Jackson, and Michael Jackson. Tip also produced for Run-DMC, The Roots, Mariah Carey, Whitney Houston, and he also worked with both Jay-Z and Kanye West on their Watch the Throne album.

Q-Tip currently has his own Abstract Radio show on Apple Music’s Beats 1 station. 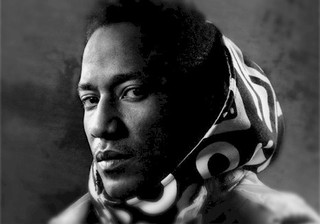