3xKrazy (pronounced Three Times Krazy) was a rap trio formed in Oakland, California in the early 1990’s. The 3 members were Agerman (b. Ramone Curtis), Keak Da Sneak (b. Charles Kente Williams) and Bart (b. Lamore Jacks).

The group started out as a duo called Dual Committee consisting of Agerman and Keak Da Sneak. They signed a record deal with Sacramento’s AWOL Records while they were still minors. The duo appeared on two songs on C-Bo’s “The Autopsy” EP in 1994 and left AWOL Records shortly after realizing they record deal was not binding due to them being minors and having had no parental/legal guardian representation when they signed their contracts.

They returned to Oakland, added Bart to form a trio and signed with Dollars & Spenc Records. According to Keak Da Sneak, the name 3xKrazy was taken from a song Dual Committee had previously performed whose hook was “Psycho, maniac, three times crazy”.

The trio’s debut EP “Sick-O”, released in 1995, was well received and led to a major record deal. “Stackin Chips”, their full length debut studio album was eventually released on April 8th 1997 by Dollars & Spenc Records / Noo Trybe Records and distributed by Virgin Records. It charted at #136 on the Billboard 200, #28 on the Top R&B/Hip-Hop Albums and #6 on the Top Heatseekers.

Alleged drug abuse by some of its members and the desire to pursue solo careers eventually led to the group disbanding shortly after Stackin Chips was released. Although more 3xKrazy albums followed (“Immortalized” in 1999, “Real Talk 2000” in 2000, “FlowaMatic9” in 2003 and “For Your Mind' in 2011), they contained either older unreleased/remixed material or newer material which did not feature all 3 members. A "Dual Committee' album was released by Keak Da Sneak and Agerman in 2000 which did not feature Bart. A double CD best of ("3 x 4 Life”) was released in 2000, with a second “Best of 3xKrazy Vol. 2” released the following year.

Agerman, once considered among the top “gangsta” rappers of his generation, became a minister and released numerous gospel rap albums without much commercial success or critical acclaim.

Bart changed his name to B.A. and released several well received solo albums until he was accused of allegedly snitching against his former label Big Block Records and appears to have left the music industry sometime around 2008.

Keak Da Sneak became the pioneer of the hyphy movement in the early 2000’s. He released 20 solo albums between 1999 and 2017 as well as several collaborations with other rappers. Although he enjoyed the most successful solo career out of the 3 members, he was also unlucky when he fell victim to two shooting incidents in 2017. He was shot multiple times in January 2017 in an attack after a show in Tracy. To protect himself he bought a gun, despite being barred from doing so because of his criminal history, and in March 2017 was arrested because of it in Amador County when police stopped his car and conducted a probation search based on a prior gun charge.

The second shooting incident took place in August 2017 at a gas station in Richmond, California when he was shot multiple times in what is believed to have been a case of mistaken identity. The shooting incident has left him paralyzed from the waist down which he is still fighting to overcome to this day. To make matters worse, in January 2019 Keak was sentenced to 16 months in prison for the possession of a firearm case from March 2017. He started serving his sentence in April 2019 and was released in September 2019 after serving five months. 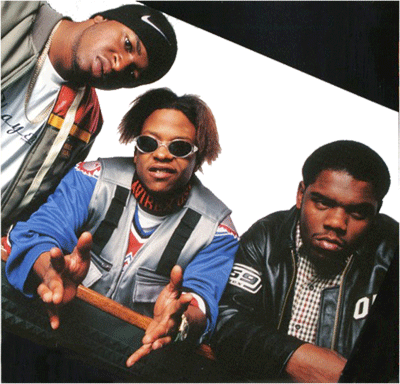