Kane got its start in The Hague in 1998, when Dinand and Dennis met each other in a beach cafe where they were both working at the time. Both had a passion for music and it did not take long before they were discovered in a small cafe where they performed for a very small audience.

Their breakthrough came in the summer of 1999 with the song “Where Do I Go Now”. Their record As Long as You Want This from 1999 was on the album hit list for 1.5 years and achieved double platinum sales. With their second album in 2001, called So Glad You Made It, the group scored several big hits. One of the biggest hit singles was “Let It Be”.

In the following years Kane received some big awards, including TMF awards, MTV Europe music awards, and an Edison. They performed at big festivals like Parkpop and Pinkpop.

Woesthoff devoted the song “Dreamer” to his wife Guusje Nederhorst, who died in 2004. This single immediately reached the number 1 chart position and became the best-selling single of 2004.

Kane tried to make a career abroad, but with only little success in Belgium and a No. 38 UK chart position for “Rain Down on Me”, it didn’t go too well. The fact that there was an American southern rock band called Kane and that the name of English piano rock band Keane resembles Kane’s didn’t help them much either.

The band’s third album, Fearless, hit No. 1 on the Dutch charts when it came out. The first two singles, “Something to Say” and “Fearless”, came in at No. 1 as well. 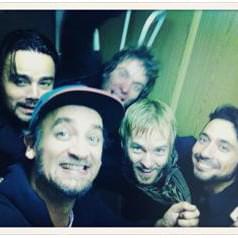