BiographyRyan Mitchell Wood (November 20, 1975 – March 7, 2007) was a rapper and producer from Antioch, California, who performed and recorded under the stage name Woodie.At age 10, Ryan Wood and his mother moved from San Leandro, California to Antioch, California. Around the age of 14, Wood became immersed in gang life and joined the Norteños street gang. Wood spent the remainder of his teenage years going to numerous high schools including Antioch High School, Prospects High Alternative School and Live Oak Continuation School. Woodie never graduated from high school.The mid 1990s were a tumultuous period for Woodie. His close friend Gabriel “Snoop” Roberson was sentenced to life in prison for a crime he claimed he did not commit, and Carlos “Blackbird” Ramirez died after an encounter with police. Wood served a one year prison sentence for assault with a deadly weapon, for which he maintained was for self-defense. Following his conviction, Woodie was prohibited from residing in Antioch. Woodie served his prison sentence at Folsom State Prison.Woodie started his own record company called East Co. Co. Records in 1997, after he used his Buick Skylark as collateral for a loan. The record company’s name is a reference to eastern Contra Costa County, where Antioch is located. In 1998, Woodie completed work on his debut solo album, “Yoc Influenced”. Unlike most other rappers, Woodie produced the entire album himself, creating a distinct and easily recognizable sound. He delivered a few hundred cassette tapes of “Yoc Influenced” to Rock Bottom Records in Antioch, his hometown record store. The tapes quickly sold out, and a buzz about the local rapper overtook the town of Antioch. Wood then had the album pressed on CD and delivered them to independent record stores all over Northern California. “Yoc Influenced” was an enormous success and propelled Wood into the forefront of Bay Area gangsta rap.A year later, Wood released with executive producer D-Small, East Co Co’s first compilation album, titled “Northern Expozure Vol. 1”. Wood was featured on many of the tracks, but used the album to bring attention to other local talent. The song “Norte Sidin” was the most popular track from the album and it received some radio airplay. The record showcased not only Woodie’s lyrical skills but also his production talents. Soon, underground gangsta rap magazine Murder Dog was praising his work, introducing Woodie to a national audience. Like “Yoc Influenced”, “Northern Expozure Vol. 1” was very successful, and prompted Wood to release Volume 2 shortly thereafter. Wood continued to release “Northern Expozure”’s, which reached Volume 7 (skipping Volume 3).Koch Records signed Woodie and released his second solo album, “Demonz N My Sleep”, in 2001. In 2002, “Life Storiez Vol. 1”, which compiled tracks from his earlier albums, was released. Wood was unhappy with the release of the first “Demonz N My Sleep”, as it did not have the music standard of volume 1, he did not approve of the cover, and two songs were not added to the list: “Norte Sidin 2” and “Blackbird”. In 2004 he released Demonz N My Sleep Remastered, featuring a whole new set of songs, a brand new cover, and featured the release of “Blackbird”, a tribute to his friend Carlos “Blackbird” Ramirez, and “Norte Sidin 2” as a bonus track under the East Co. Co. Label.Roughly between the years 2000 – 2005 Wood had a disagreement with Brian “Sideways” Reyes, another Antioch rapper. Although the origin of the rivalry is unknown, many believe it started when Reyes' titled a song “The Yoch” on his “Livin The Life” album. Wood took offense to the incorrect spelling of Antioch’s nickname, “The Yoc”, and felt it was a sign Reyes was not who he portrayed himself to be. Reyes was repeatedly referenced on East Co Co songs following the spelling incident. It is not known whether or not the two reconciled their differences before Wood’s death.On March 7, 2007, Woodie died of a self-inflicted gunshot wound in Florence, Oregon. His wife, Harpaul Singh Rana, was killed in a car accident, prompting the theory that Woodie suffered from depression after her death. He was 32 years old. 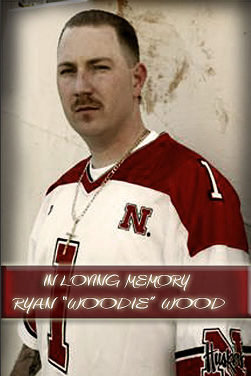