Ralph Thomas (born July 29, 1982 in Atlanta, Georgia, better known by his stage name Yung Ralph, is an American rapper and actor formally signed to Universal Republic Records. He released his debut mixtape, The JuugMan MixTape, in 2007 and has since released five more tapes online. His debut solo album, Most Unexpected, will be released sometime in 2015. Yung Ralph frequently collaborates with fellow Southern rappers Gucci Mane and Rich Homie Quan, and he has songs with Rick Ross, Nikki Minaj, Yung Thug, Birdman just to name a few A listers.

Atlanta is the center of the southern rap universe and due to the renaissance that has taken place, it has become harder for newcomers to get a toehold. It’s a cutthroat business that quickly separates the would-be rappers from the will-be artists.

Yung Ralph has already made a name for himself on the back of his wildly successful single, “Look Like Money.” A motivating track with a catchy hook and chorus, “Look Like Money” was not only a club banger but also a popular ring tone that quickly became more than just a regional hit.

But don’t think Yung Ralph’s story would begin or end with “Look Like Money.”

“That’s the main thing I have to get across in this bio,” says Yung Ralph. “It’s about more than one hit single. “Look Like Money” was a great song for me and I appreciate all of the doors it’s been able to open. But I have much more to offer this industry.”

Yung Ralph’s story begins on Cleveland Avenue and Jonesboro Road in Atlanta. His family didn’t have much in the way of material things, but there was a lot of love and respect.

“I watched my mom work really hard,” says Yung Ralph. “She took good care of us. But of course, I always wanted more.”

Yung Ralph’s neighborhood was a rough one. And as a young man, he learned a lot just by watching the world outside his window.

“I saw a lot of folks get locked up. But I was still intrigued by what I saw in the streets,” he explains. “My mom would go to work and I’m sneaking out to see what’s going on. As much as there was drama in my ‘hood, we stuck together too.”

In high school, Yung Ralph had one foot in the streets and one foot in his books. He graduated from high school but freely admits that education wasn’t always his top priority.

“By high school, I had been exposed to a lot. I made it out. But there were a lot of other things going on around me that held my attention.”

One of those things was hip-hop music. His major influences were the legendary Tupac Shakur and The Notorious B.I.G.

“Those two really struck me,” Ralph explains. “They said a lot of things I wanted to say and did it well. They both had a big effect on me.”

At the age of seventeen, the idea of rapping came to Yung Ralph rather abruptly.

“I’d always listened to hip-hop. Always. But one day, I was listening to music out on my front porch with my friend Sabias. And something just clicked. I told him I wanted to write a rap song.”

Ralph’s friend laughed him off. But Ralph still went inside and began crafting the lyrics to his first song—about a woman he was dating at the time.

After an hour, Ralph went back outside and shared his new song with his friend.

“He couldn’t believe I was serious. But something just clicked right there and I knew it was what I wanted to do.”

As Ralph continued to practice writing rhymes, he began to reach out to people he knew who were peripherally involved in the music business. One friend was in a local group that had filmed two videos. Another friend was starting a local label. Still another was managing acts. Ralph became determined to build relationships.

“I visited every radio station, called back every person I introduced myself to. I didn’t care if I was at the car wash or the grocery store, I made sure people knew my name and listened to my music.”

His sheer determination slowly began to pay off. He joined Stay Down Productions, a loose collaboration of artists, and eventually a few of the songs he began recording received airplay on stations like V-103. In time, he hooked up with Money Maker Records and began to seriously record and perform.

By the time his first single, “Look Like Money,” was released, Yung Ralph had created a name for himself and the song immediately took off.

But now it’s time to dig a bit deeper into Yung Ralph’s style—evidenced by the tracks on his 1st mixtape, Juugman.

One of the album highlights is “I Work Hard,” an honest testament to his work ethic. Over a soulful old-school sample, Ralph’s gruff voice explains how he managed to keep his eye on the prize in a life of obstacles and goals.

“I kick it with the OGs and listen to the oldies/I work so hard I think I deserve a trophy,” he raps on the chorus. It’s a sentiment that many people can relate to, which is exactly what Ralph wants.

“I make music for everybody. I want everyone from grandmothers to the kids in the street to be able to relate to something in my music.”

Yung Ralph’s lyrics are not all about the rough times. On the hilarious “Charlie Brown,” he takes the muffled voices of the adults on the Peanuts cartoon and transforms it into an innovative backing track and chorus. The production is expert—with guitars and a tight baseline that complement Ralph’s lyrics.

“I have to be honest about my ‘hood,” says Ralph. “Things happen sometimes that are real hard to deal with. I can’t sugarcoat it. I gotta tell it just the way I see it.”

His brutal honesty is refreshing. While many rappers focus on the materialistic aspects of hip-hop culture, Yung Ralph maintains balance.

“Of course I’m going to talk about money and the things I want in this world,” he explains. “But that’s not all I’m about. I’m bringing all the details of my world to my music.”

When asked for one word that defines who Yung Ralph is, he doesn’t hesitate for one second. 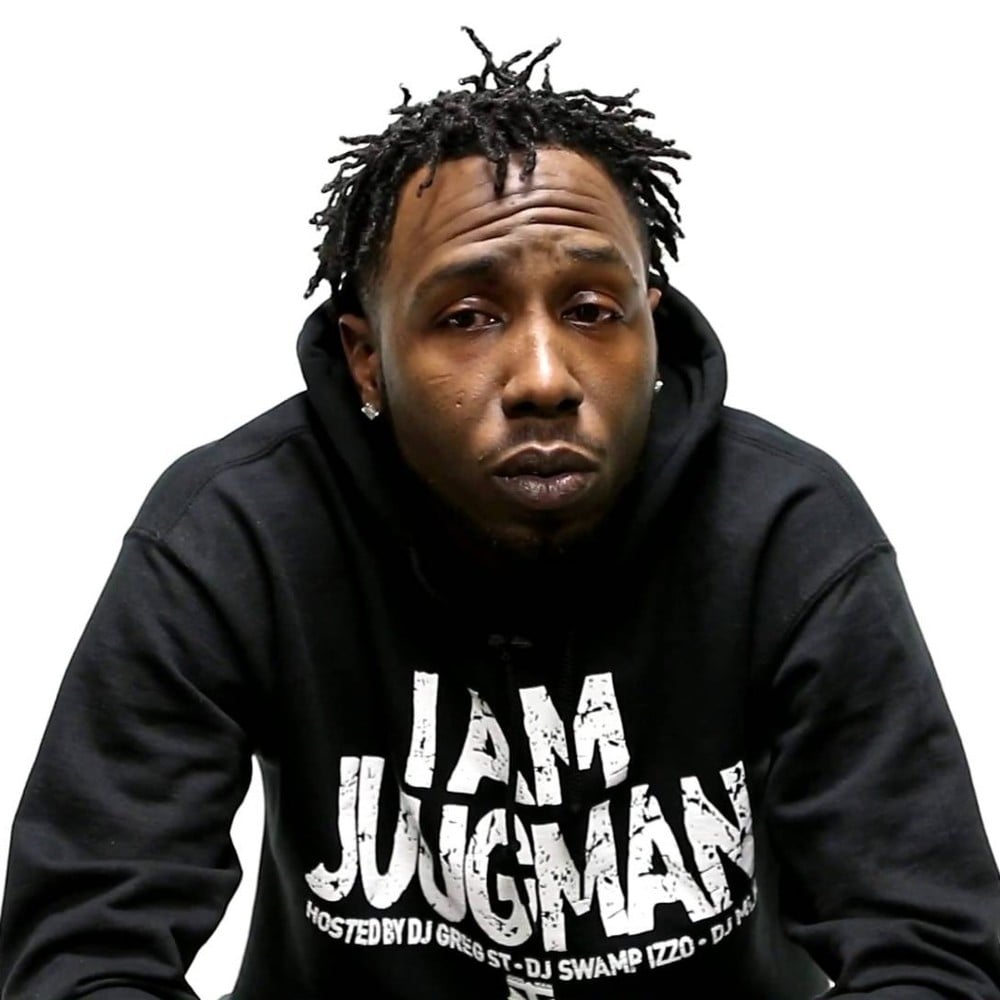