Since the early 90’s they’ve produced party music with a hardcore hiphop edge, powered by the beats by DJ and Producer E-Swift and rhymes by J-Ro and Tash. 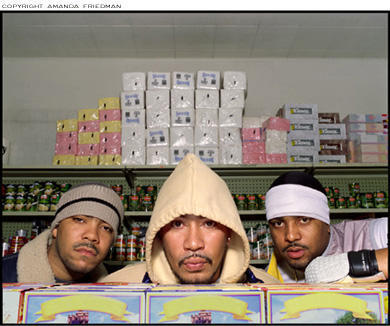