Sugar Ray is an American rock band from Newport Beach, California. Originally forming in 1986. They originally played rap-rock, with early singles like “Iron Mic” and “Mean Machine”. The band achieved mainstream popularity in 1997 with their more pop-influenced single, “Fly”. The song’s success led the band to shift its style dramatically to the more radio-friendly pop sound with their newer releases. Their best-selling album, 14:59, was released in 1999, and featured popular singles “Every Morning”, “Someday”, and “When It’s Over”. 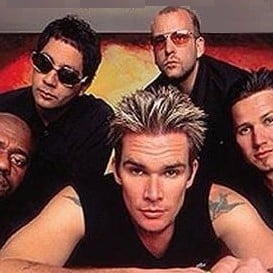