Insane Clown Posse is a horrorcore rap group consisting of Shaggy 2 Dope [real name Joseph William Ustler] and Violent J [real name Joseph Bruce], with a majority of their rap focusing around The Dark Carnival, using Joker’s Cards to explain such, with the first deck spanning from their debut album, Carnival of Carnage, to their sixth album, The Wraith, Shangri-La and Hell’s Pit, and the second deck spanning Bang! Pow! Boom onwards, with the most recent album as of this writing [March 2019] being Fearless Fred Fury The group is also known for having a large fanbase, painting themselves in the facepaint of the two members and using Faygo as their arc drink, known as Juggalos. 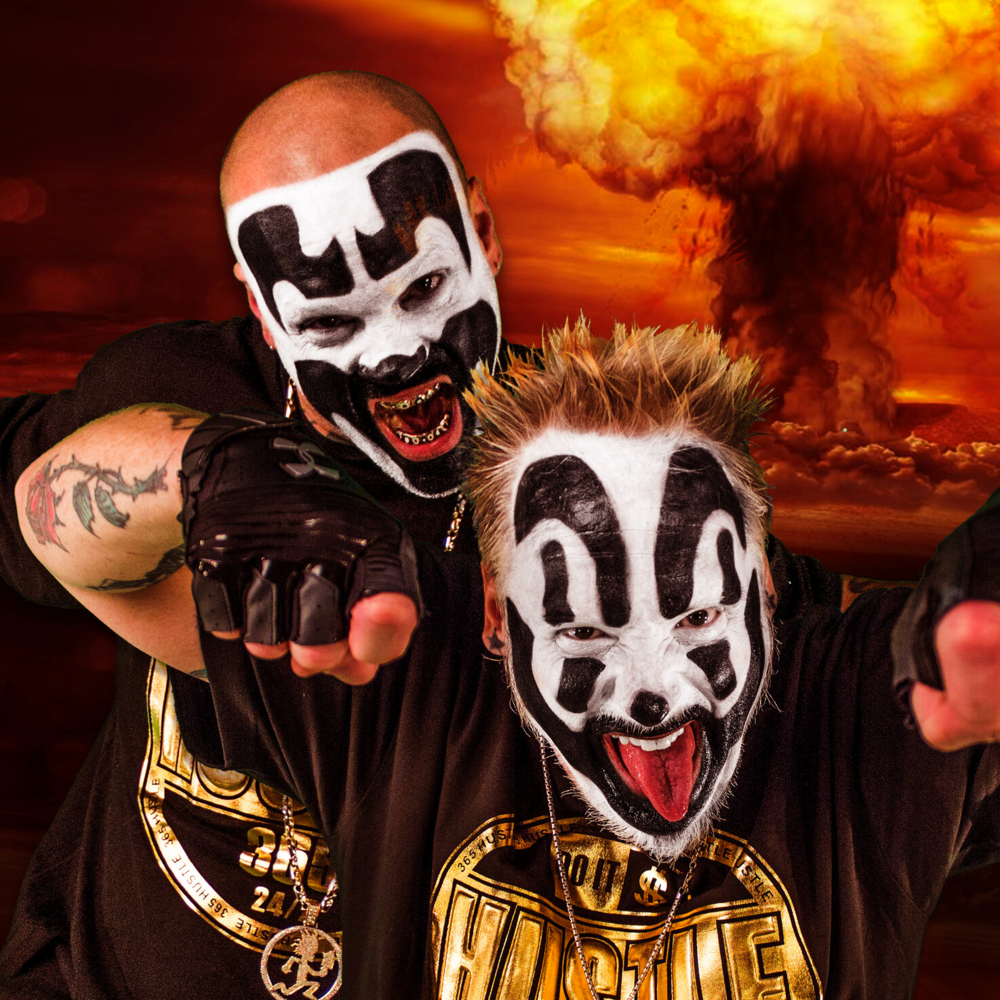