Arrested Development is an alternative hip-hop group, founded by rapper Speech and deejay Headliner. Their goal was to make music in contrast to the growing popularity of gangsta rap of the early 1990s.

It took the group three years, five months and two days to be offered a recording contract, when Chrysalis Records sent A&R director Duff Marlowe to Atlanta’s Bosstown Studios to meet with the group’s manager Michael Mauldin. The name of their first album was inspired by how long it took to get signed.

The album was an immediate international success, producing hits around the world including three top 10s in the US with “Tennessee”, “People Everyday (Metamorphosis Mix)” and “Mr. Wendal”. The album won a Grammy and AD was named Band Of The Year by Rolling Stone magazine.

Soon after being propelled into sudden international stardom, both co-founder Headliner and singer Dionne Farris left after disagreements with Speech about finances and ownership of the group. After their exit, AD found minor US success with a song included on Spike Lee’s Malcolm X film soundtrack.

Next AD released “Ease My Mind”, the lead single from their sophomore album Zingalamaduni, in 1994 and it would become their last top 50 hit in four countries (as of 2019). Though the album would score them a second Grammy win, its sales were comparatively lackluster, peaking at #55 in the US, and the group fell apart.

Speech then embarked upon a successful solo career in Japan with top ten hits and sold-out shows. Eventually in 2000, he reformed AD (without Farris or Headliner) and released the EP Da Feelin'. The band has since resumed touring and releasing albums. Despite their lack of chart success since reforming, the band continues sharing its original vision of making “light, rootsy, optimist” music that addresses “serious issues in black culture”. 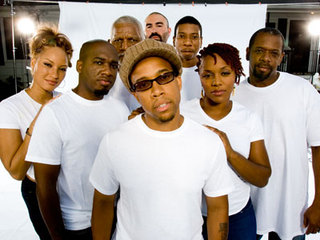