The year is 1967. Three brothers out of Tulsa, Oklahoma, form a band, utilizing a lifetime of musical influences learned in their father’s Pentecostal church. Ten years and countless live performances later, the trio – Charlie, Robert and Ronnie – have moved on to Los Angeles, where their first smash single, “Shake”, reaches number four on Billboard’s R&B charts, garnering national recognition. The world witnesses the birth of a whole new sound – a funky, Sly Stone-influenced brand of R&B cultivated by those three brothers, known to us as the Gap Band. Music history is made.

Anthony’s life undergoes major changes. Hugely influenced by his Uncle Charlie, whose close relationship to his sister keeps him a constant presence in his nephew’s life, Anthony strives to make moves of his own. After living in Dallas during junior high, he moves to Los Angeles and attends Fairfax High School. He develops strong connections to the streets of L.A.’s west side, where the harsh realities of inner-city life threaten to lure him away from his dreams.

Over the next decade, Anthony continues to struggle with the trials and tribulations of life, caught between the streets and the vicious divide-and-conquer tactics of the music industry. Malicious workings of record executives and beef with the group’s manager lead to Four Deep being dropped from their label, and a painful split. Refusing to be deterred, Anthony relies on his well-earned reputation and his own judgment to provide him with creative outlets, remaining independent and solo. Inspired by what he deems the unique genius of a versatile, classical music giant, Ludwig Von Beethoven, he dons a new moniker for a new direction: Blaqthoven. 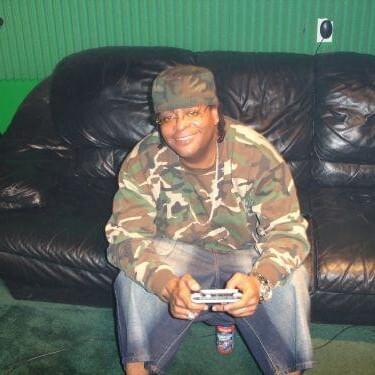