Their music is eclectic and has been influenced by many styles and genres. Each of their three studio albums is very different in character and chronologically displays the depth and breadth in which their unique style is progressing. A direct comparison between The Arcana and othe bands is difficult to make. However, One can clearly identify elements shared by bands such as The Beatles, Pink Floyd, Santana, The Monkees, Led Zeppelin, Chic, Oasis, Dandy Warhols, Jimi Hendrix, The Byrds, The Red Hot Chili Peppers, Abba, David Bowie, Black Sabbath; not to mention: Lalo Schifrin, Ennio Morricone, Neal Hefti, Bernard Hermann, Jerry Goldsmith, Aaron Copland and even Tchaikovsky. The Arcana have also been described as post-psychedelic, baroque rock, and contemporary bohemian. Much of The Arcana’s unique style stems from their pursuit of adopting new and diverse sounds and instruments to create a kind of symbiosis of melody and lyrics, which has to be the band’s most outstanding feature. 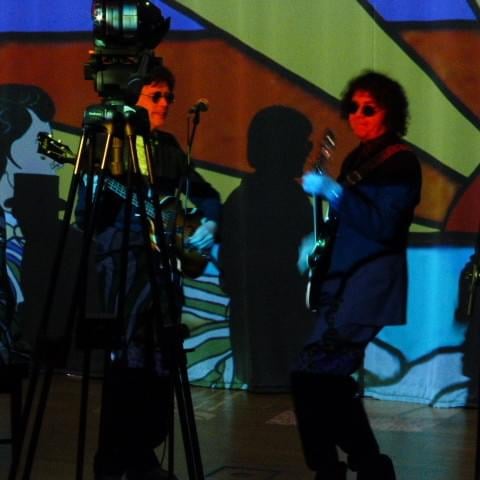