Vinson “Wordsworth” Johnson was watching a video as part of a segment on sampling for an online course at the Frost School of Music at the University of Miami when he saw a familiar face.

“Prince Paul is in the video they were showing,” Johnson said. “He’s credited as the one that created skits for albums. He did De La Soul’s album. He’s well known. I’m in the classroom watching this video with Prince Paul, who is the same person who wrote my reference letter for the school … which is crazy.”

It’s not at all crazy to envision Johnson teaching a course in the Master of Music in Music Business and Entertainment Industries online degree program someday. He had a thriving career as a rapper, television show star and children’s song lyricist long before he graduated from the Frost School of Music in December 2016.

“I’ve done so much throughout my career that it inspired me to start teaching,” he said. “So, I came up with a curriculum for a songwriting course I taught at the Vibe Recording Studio in Fort Myers, Florida. I became a first-year middle school teacher at Oak Hammock Middle School last year, so I was doing both at the same time for about three months. It went pretty well.

“Then, I thought, ‘Okay, if I go get this master’s, it would add some more credibility on top of what I have already accomplished.’ I said, ‘Let me go back to school and get a master’s in music business so I could reinforce what I’m saying and sharpen my skills.‘”

The Gift of RhymeJohnson grew up in Brooklyn, where he developed an early love of hip hop from his older sister and an older cousin. He also got into other forms of music thanks to his mother’s extensive record collection.

“In the building I lived in, coming down the elevator, you could bang on the elevator wall and rap,” he said. “You could go outside and bang on the car and rap. It was so easy to do hip hop. I was like, ‘Wow, this is cool.’ That’s what really got me to want to get into it.”

Johnson started performing in front of an audience when he was 16 years old. He was a regular at the world famous Nuyorican Poets Cafe’s open mic in New York City.

“I knew I had a gift for it when I would go outside and test it,” he said. “Everybody thinks they’re good until you go someplace and start testing it and start seeing if you’re really making an impact. When I started going there and saw people’s reactions, and we would rap outside and saw people’s reactions, it kind of solidified that I had something going. Then, I just kept at it.”

Johnson carried his gift over to his schoolwork as an undergrad at State University of New York College at Old Westbury.

“I graduated from college by writing pretty much all of my stuff in rhymes,” he said. “African Studies, I wrote it in rhyme. People, Power and Politics, I wrote it in rhyme. I have the papers here, and my book that’s coming out, it’s called ‘Big Dreamer,’ has the actual papers. On May 5, 2016, I was honored at my old college as one of the top 50 graduates of all time.”

Johnson said he had plenty of support from his professors, including Professor Torrell and Dr. Hicks, who encouraged him all the way through to the completion of a Bachelor of Arts in the English Language and Literature in 1998, the same year he became a founding member of rap trio eMC.

“All of the professors spoke about it, and it became a huge deal there,” he said of his rhyming homework. “It led to a lot. After I graduated, I ended up getting a TV show. It transitioned to a whole bunch of stuff later on.”

Johnson said his professors’ encouragement of his pursuits made a huge impact. “It made me fearless.”

Lights, Camera, Action!An idea that came about while Johnson was freestyle rapping in a studio led to the creation of MTV’s “The Lyricist Lounge Show,” which ran from 2000 to 2001.

“There were about 10 or 12 rappers and we were freestyling,” he said. “I didn’t want to freestyle normally, so I came up with this idea when they were taping it that I was going to make this home video to teach you how to rap. So, as they’re videotaping me, the other rappers started raising their hands, asking me questions. I would answer them in rhyme. That video tape got dubbed ‘The Professor’ and that tape kind of spread around.”

One of Johnson’s friends, Jacob Septimus, pushed him to expand the idea and try out for an MTV pilot. The next thing he knew, Johnson was auditioning the concept at House of Blues in Hollywood, and then showing off his rapping skills every week in front of a national television audience.

“I show it to my TV production class,” Johnson said. “They get to check it out. It had stars on it still relevant today. Snoop [Dogg] was on there, Cee Lo [Green]. They’re able to watch it, even though it’s older, and go, ‘Oh, wow. You rapped with this person.‘”

Johnson started writing songs for children’s shows and movies when he collaborated with Prince Paul for a song in 2002.

“Paul and I had the same publishing administrator,” Johnson said. “He was looking for someone to help write for the Dexter’s Laboratory: The Hip-Hop Experiment CD. He recruited me to do that. It’s not a skill everybody can do. We did that one, which was successful. They made a video out of it called ‘Back to the Lab Again.’ These other opportunities came up with our publishing administrator and with Paul.”

In addition to making his solo debut as Wordsworth in 2004, Johnson helped collaborate on other projects like Dino 5’s Baby Loves Hip Hop, The SpongeBob SquarePants Movie soundtrack and, most recently, The Mr. Peabody & Sherman Show on Netflix on which Prince Paul and Johnson got to perform as cartoon characters.

“I send Paul the idea of what the beat is,” he said. “Paul makes the beat. We send it to them. The next thing they say, ‘They’re drawing you in this cartoon.’ I was like, ‘What?’ Because that’s on everybody’s list — to be made into a cartoon. I remember when I was younger, seeing Kid ‘n Play and Mr. T as cartoons. When you see a celebrity made as a cartoon, you’re like, ‘Wow.‘”

Johnson also appeared in the 2000 documentary Freestyle: The Art of Rhyme and started his own company, Wordsworth Productions, LLC, in August 2015.

A Man of ActionJohnson’s youngest daughter, Shydae, came home with slipping grades on her report card one day. After visiting his daughter’s school in Fort Myers, Florida, and discovering part of the problem was a substitute teacher Johnson felt was inadequate, he decided to take action by becoming a teacher.

“I pretty much felt like, ‘Okay, instead of me complaining, what I’ll do is I’ll become a sub, so when her teacher is absent, I go in there and teach the class,‘” he said. “I went down to the district and a lady there said, ‘We need more black males to help with the minority population we have in the schools.’ That’s what really got me into it.

“I’ve never had that kind of question with that sense of urgency asked of me. And I felt all these years of what I’ve done and the experience I’ve gained, if I was to say no to that call of action, I would have to hold myself accountable as being part of the problem.”

Johnson now balances teaching sixth-, seventh- and eighth-grade TV production and seventh-grade reading with the rest of his hectic schedule, which still includes occasional live shows. He had a pretty good reason to pull Shydae, 11, and her sister Donae, 15, out of school late last year. He wanted them to attend his graduation ceremony at the University of Miami.

“They watched me do homework and saw me up nights, so they were able to absorb it,” he said. “More so, they were inspired by me once I started teaching. That encouraged them a lot, because I would come home and grade papers.

“It made them more accountable of their grades. Every day, they’re like, ‘Look, Daddy, this is what I got’ or ‘Look, Daddy, I got this on my test.’ Now, they like to brag more to me about what they’re doing in school and what they’re achieving. They weren’t there to see me get my bachelor’s. So, this was a huge experience for them.”

Johnson didn’t tell his friends, including his fellow eMC members, he was back in school until he finished the degree program.

“I just kind of wanted to surprise them,” he said. “I put a picture of me wearing my cap and gown into the group chat on WhatsApp. They were surprised and excited, because they know some of the things I’ve been doing as far as proceeding with education and figuring out, ‘What is the next step after I’ve done all of these things and am continuously doing these things?’ What does it all mean? That’s my question to myself. What does it all mean in the end, and where am I trying to take it? This is just another feather in that cap of where I’m trying to take it.”

Plenty to LearnEven with his extensive hands-on experience in the music industry, Johnson found there was still lots of valuable knowledge to obtain in the MBEI online degree program at Frost.

“There are certain things I wasn’t as strong in,” Johnson said. “For example, I knew about copyrights, but I didn’t have an extensive background on it. I didn’t know the vocabulary that’s necessary as far as if it dealt with publishing administrating, copyrights or due diligence. If you don’t know those particular terms, then it will probably hinder your progress because you don’t know how to word it. If you do know the vocabulary, it allows you to get your point across faster. That way, if you are represented by somebody, they know what you’re talking about and you’re able to get your point across.”

“The professor, Rey Sanchez, really was on FaceTime,” he said. “We were able to just talk about a lot of different things, like I was able to ask questions about particular pages I may have read. I was able to get some clarity on some questions, as well. I was able to understand the copyright business because the copyright aspect of it also helps me out with my publishing administrator.”

“You definitely want to be able to read your own contract because nowadays it’s not necessarily getting record deals,” Johnson said. “They’re getting distribution deals. Now, I’m able to interpret the contracts on my own to a higher level.”

Johnson added that the degree would be well worthwhile to anybody with any ties to the music business.

“Maybe if you’re coming into it from that aspect of maybe monitoring your kid’s career. If you want to make sure that you know what’s going on, you can come in from that side. Then, you’ll know what to ask for and about royalties.”

With a master’s degree and a teaching job, Johnson doesn’t plan on slowing down any time soon.

“I like performing live and recording because it kind of helps to validate your message,” he said. “At the end of the day, what you do, what I do, no matter what we do, it’s to show our talent. You want to be the best at what you do. When people are able to hear and then later on, with the book coming out, are able to read are able to connect with me on a more personal level and validate my experiences and our mutual thoughts.” 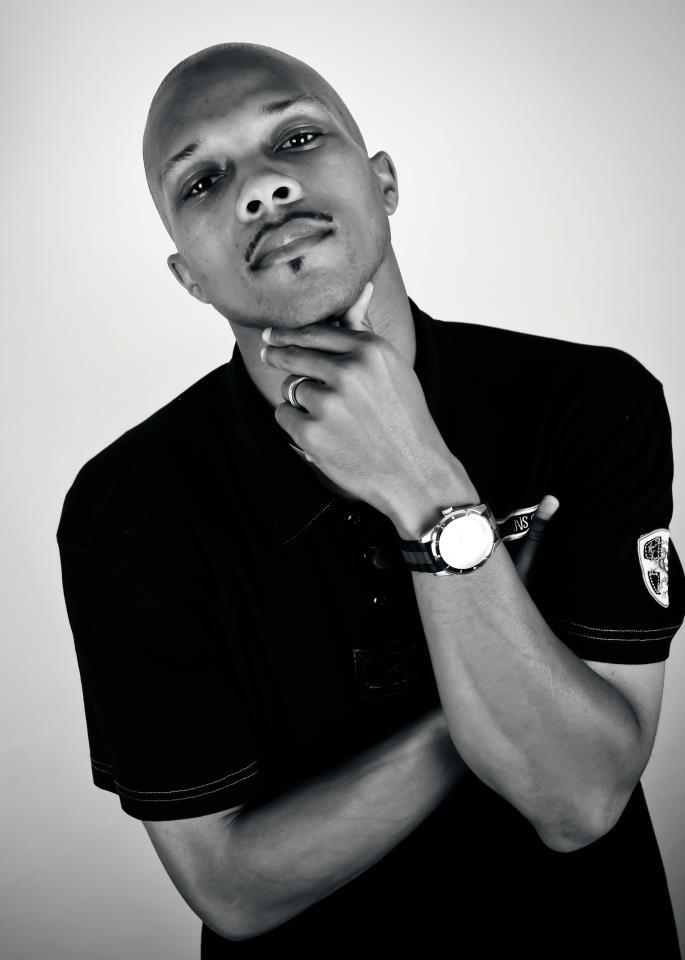