The Tiger Lillies were formed in 1989 and as the decades go by their sound remains one of the most unique and original things one could come across. Martyn Jacques, the band’s front man, songwriter and founder, spent most of his twenties in a flat above a brothel in London’s Soho, peeping through his window at the buzz of Soho’s lowlife. It took him a good ten years to turn that strange world into art, while training as a singer and songwriter. In 1989 he got his first accordion and The Tiger Lillies were formed shortly after. 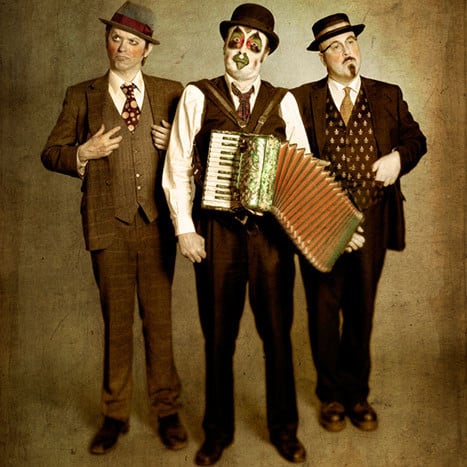