Black Star consists of Yasiin Bey and Talib Kweli and they arose from the underground movement of the late 1990s. They released one self-titled album. Though the record achieved little commercial success, they (and other members of the Native Tongues Posse) helped shape underground alternative rap and helped bring it further into the mainstream eye. Both have gone on to greater commercial and critical success in separate solo careers.

Black Star’s emergence into the hip-hop scene came at a crucial point in music history. Following the deaths of both Biggie Smalls and Tupac Shakur, hip-hop was consumed in a world of chaos. Black Star attempted to bring reconciliation in the wake of these violent deaths.

In a talk with Rap Genius' SameOldShawn, Talib Kweli explains the influence Yasiin Bey had on him as a young hip-hop artist.http://players.brightcove.net/4863540648001/HklmClHkx_default/index.html?videoId=5237774606001 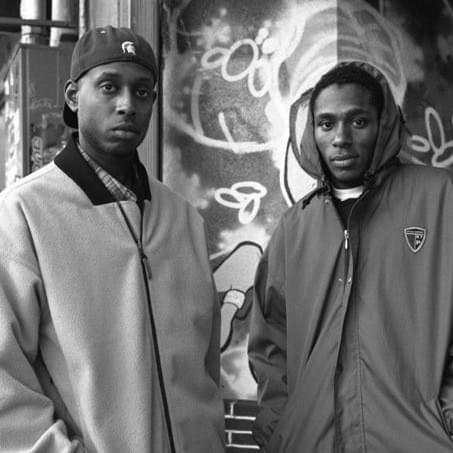