Teddy Riley is a Grammy Award-winning record producer, singer and songwriter who is the prominent figure in the creation of the New Jack Swing movement. Born October 8, 1967, the Harlem, New York native began playing instruments as a child and later went on to get his first production credits as a teenager on the 1985 hip-hop classic “The Show” by Doug E. Fresh & The Get Fresh Crew, and the 1986 hit “Go See the Doctor” by Kool Moe Dee.

Teddy was a member of the group Guy in the late 1980s and early ‘90s while he was producing New Jack Swing hits for Bobby Brown (“My Prerogative,”) Keith Sweat (“I Want Her,”) and Michael Jackson (“Remember the Time”) among others.

After Guy broke up, Teddy went on to form the group Blackstreet, who would go on to release several albums and hit singles such as “Before I Let You Go,” “Don’t Leave Me,” and “No Diggity”. In the early ‘90s, Teddy moved to Virginia, where he would discover the production duo of Chad Hugo and Pharrell Williams, who called themselves The Neptunes. Pharrell also wrote Teddy’s verse on the 1992 Wreckx-N-Effect hit “Rump Shaker.”

Aside from working with hip-hop and R&B stars such as JAY-Z, Boyz II Men, and Mary J. Blige, Teddy has also worked with pop star Lady Gaga and even jumped into the Korean pop market, working with Rania, Girls' Generation, f(x), EXO, and Shinee. 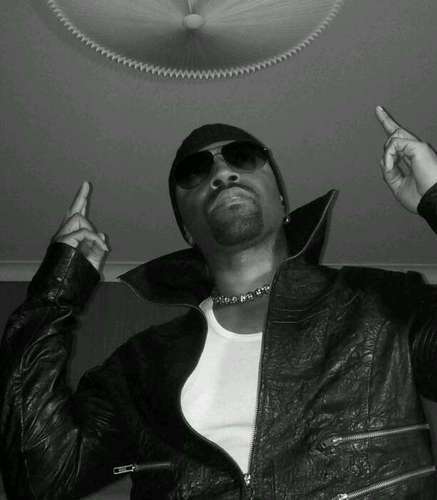