The Influence was formed in 2004, is a music group, consisting of Shae, Michael, and Orion. The group focuses primarily on instrumental music. Over the years they have made a clear path for their music and have given life to many other artists to inspire them to set out their own music careers. The Influence group members are all family relatives who have been making music since before they were ten. Their music over the years has been reflective of the trends and lifestyles in the last 20 years. They don’t periodically release music, but “when the time is right in an interview in 2017, they set out to release music.

The Influence’s first release as the music group, Sun. They were only kids when Sun was made but has given light (literally) to the rest of the group’s foreseeable projects. Released in 2005, their debut release still reaches out to new artists in the music industry and has set in stone the group’s ideology for influencing future artists. The song is an easy listen instrumental, but simple enough to get their point across and lays out what becomes their instrumental projects for the years to come. The cover art is simply the Sun and the moon since you can see the moon on nice sunny/clear days. A good way to start a legacy.

In 2007, The Influence would release their debut album I Believe. Recorded in only 3 weeks, they compiled a list of several songs during their time together and came up with 13 songs in Seattle. With the idea of creating fun music, they never thought they would end up showing their music to the world. The idea was just to make some fun sounds and not do anything with them. With the help of others, they managed to release a full album and got a hit success. Following their first release, Sun in 2005, they flowed with this idea for years to come. I Believe It is compiled with fun and catchy tunes. “This album was just a fun little project and we didn’t know that it would be the start of something bigger, Michael said in an interview in 2017. Some songs like creating memories and Fun were all a part of the dance vibe in songs that were a big hit during the time. Fun catchy music that you can get up and dance to or have some nostalgia too. The catchy sound would be the first to many with The Influence. The whole album captures a part of being happy and imagining in life. “I Believe It was the stone that has set the rest of our discography since now. Sun was a project with no intention of trying something big. We were just kids enjoying sounds to discover. We still had this midset with this album, but a more structured and task-oriented goal with it. F.Y.I they were only 6-8 years old when they made this.

A year after the release of their first studio album, I Believe it, The Influence returned to the spotlight with a new release, Night Life. Night Life is a 9-minute song filled with city sounds, fancy restaurant environments, and a new angle of music production from the group. The single is compiled of two parts, each spamming around 3 minutes long. A very relaxed theme throughout the whole song, yet being a little more experimental than their previous music, Night Life shifts a new direction for the future of The Influences discography.

Only four months since the release of their new material, Night Life, The Influence return for their third single, Live It. A more acoustic/alternative release, The Influence makes their point that every release is different in its own unique way. With heavy inspiration from the band, Coldplay, Live It is comprised of a nice guitar riff melody, with many more different guitar sounds in the background.

A year after Live It, The Influence make their moment in 2010 with the release All Night. Shifting from the alternative genre they used since the beginning, the group shifts over to Pop/Dance. In 2010 the world is filled with trendy pop music that has taken over the world, such as the Black Eyed Peas, Katy Perry, Justin Bieber, Lady Gaga, and many more, The Influence fit in with the sing All Night. With catchy synths, synth leads, and electric guitar, the music group shifts their whole style. All Night is a two-parter like their release Night Life, but with a more pop/dance vibe. A party-themed release, The Influence transitions their style of music perfectly. The cover art is a perfect representation of the typical night party in 2010.

The Influence return in 2011 with a new single that celebrates life in every which way. A Party is The Influence’s “most pop” song today and it is nothing fun, happy, and energetic feelings. A boisterous synth leads to start the song, The Influences doesn’t hesitate to tell you that they are in full pop mode. With sounds inspired by LMFAO, Flo Rida, and PitBull, A Party is a celebratory song of life. Another coincidence; A Part was released the same day “iParty with Victorious” was released, the ultimate crossover between the famous teen shows iCarly and Victorious. A more energetic song than their previous release, All Night, The Influence is living it with A Party. Most of the hits in 2011 were party-related and the trends in 2011 were hopeful, energetic, and happy. A Party fulfills those feelings.

The summer of 2012, will show that The Influence is one of the most powerful music groups out there. The summer of 2012 was filled with many hits in the music world, such as Call Me Maybe by Carly Rae Jepsen, Good Feeling, and Wild Ones by Flo Ride, MGKs uprising in hip-hop, and Frank Oceans Chanel Orange. The Influence would be a part of the hits in summer 2012. Their album This is the Life has told the story of The Influence and how they have come so far in their own music creation. With heavy inspiration from, Flo-Rida, and Frank Ocean, their second studio album represents their magnum-opus in their creations. A lot of the tracks in this album are shorts, but give a flat/sharp tone to the instruments, making you think about life for some reason.

Four years after their magnum-opus This is the Life, The Influence makes a return that was in the waiting for ages, with their sixth single, Sunsets. Recorded in the summer of 2016, an uprising in hits from pop and especially Hip-Hop/Rap, the Influence join the ride with their new hit. An alternative release, but with pop sounds, Sunsets is a short yet masterpiece with beautiful synth pads to give off the sunset feeling in the summer, and catchy synth leads with beautiful 808s kicks integrated. The cover resembles the cover from their first single, Sun which started it all in the first place. It is just the opposite. With no text in the album art, and the sun aspect, and the minimalist artwork, Sunsets has been called its Sun II, by many. With a four-year hiatus, The Influence still didn’t promise more work in the future, due to the fact that they don’t know when they’ll get together again and that they can’t predict if they’ll be ready to produce more material. I Believe It and This is the Life were five years apart, so fans obviously expect a new album in 2017, but it won’t be confirmed until it’s confirmed. With the amount of material they have released in the past seven years, The Influence shows that they can be unpredictable when releases. Not just the quantity, but the quality, the group almost teases fans without actually teasing them with new and promising work. Sunsets is heavily influenced by the uprising in electro hip-hip with influences from Kanye West, Frank Ocean, Drake, and even Lil Yatchy, the summer of 2016 was a summer not to forget. The Influence also returns with a small interview to discuss what they’ve been doing for the past four years, and the main answer was school and “other stuff” since music isn’t their full hobby it is expected that their focus inst just on the music.

Five years since their last album, the magnum-opus This is the Life, The Influence comes back with their new album Way Out There. Fans haven’t been more anticipated for a release from the group, since Sunsets last summer. The group has reunited with a definitely new direction in sound. Way Out There is their most experimental project for the group, and you thought This is the Life had some experimental tracks. Way Out There was also recorded in a short time, but this time it was only recorded in one week. Their shortest amount of time to record an album, yet it was their longest album recorded. The Influence sparked their return announcement, with a post on their Instagram page of a plane window view showing that they were going to be reunited. With a beautiful, yet interesting artwork, the album was slated to be released on June 13, 2017. That happened to be the second to last day that they would be together again. Orion, who came up with the idea of the album’s artwork, described that the “floating island” “was a representation of the town that they lived in the outskirts of Washington state and it gave them the ideology of a peaceful environment to create the album.” The artwork is perfectly represented with the sound of the album and its twisted, wired, and vocal sampling production. With a new direction for the group creation of sound, Way Out There is a perfect presentation of the group’s creativity and why they stick out as something bigger than just musical artists.

“Most of our music is made in a short time period. All of our albums were each made in less than 3 weeks when we get together. We can’t set a path out of any of our future releases, because we don’t know what it’ll be like then. All of our music was created in a time when we wanted to produce sounds to fill and support memory. Our music helps build good times as a timepiece and that’s why we love making music.”

Since their debut in 2005, they have consistently shaped their own music and path to their own greatness. “We were only like 6 when our first song came out, so we have a lot of ways to go with possible future projects.”

The Influences latest album, Way Out There" was released in 2017, the last time they got together. They aren’t predictable when they return, but when they do, they put out an amazing performance.

Following a 4 year hiatus from making music, in 2021, Kanye West would recruit the group for the first time since 2016’s The Life of Pablo, to help write and produce the song “Jail” and “Jail Pt. 2”, off Kanye’s 10th studio album, Donda. This would be the first time in 4 years since the group publicly appeared on music since their last album, Way Out There, in 2017. There isn’t evidence that the group got together, but their work in the song was as the group. 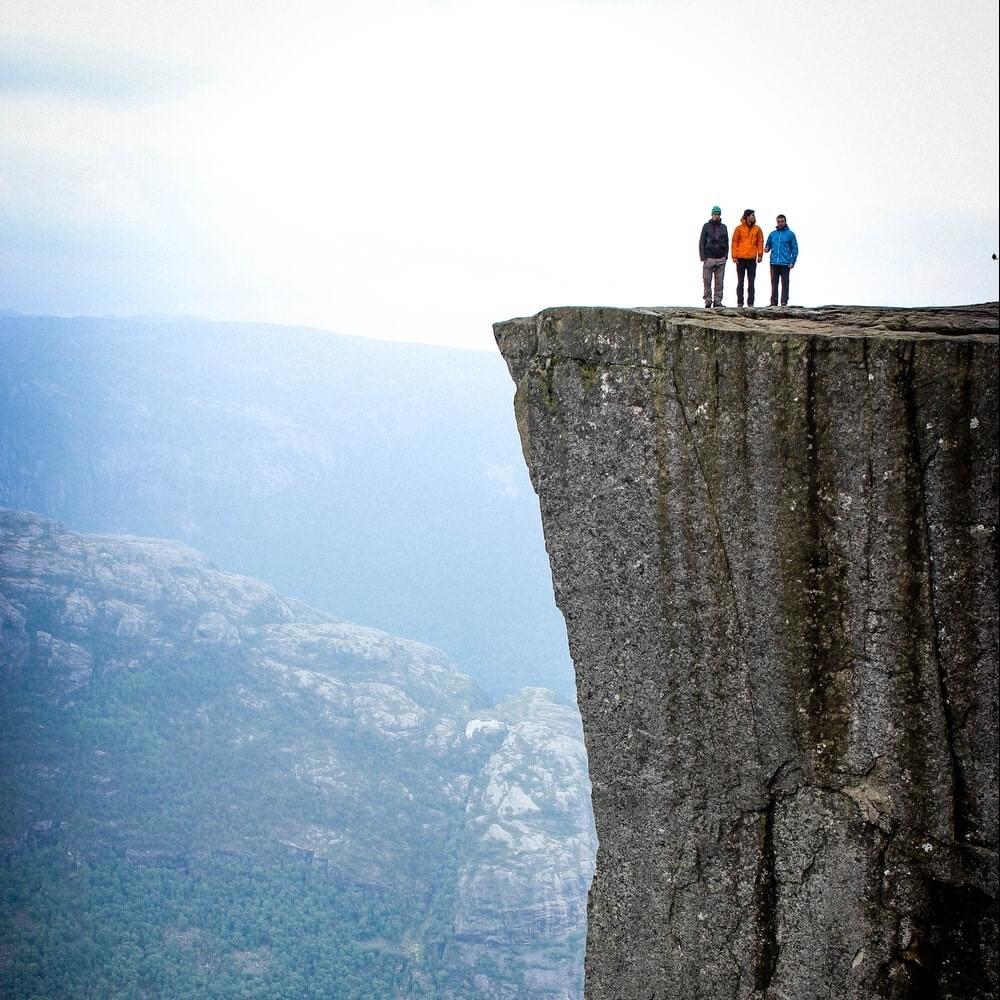