Luke Temple, also known under the alias Art Feynman, is an American singer-songwriter. He records under his own name and with New York-based band Here We Go Magic.

Temple was born in Salem, Massachusetts. After spending time in Northern California, he studied painting at Boston’s Museum of Fine Arts.[1] After struggling to make a living as a visual artist, including painting murals in upscale New York City apartments, Temple moved into songwriting and recording.[1][2] After recording a four song EP himself on a four-track recorder, Temple was signed to Mill Pond Records of Seattle.[1] He would go on to record two full-length albums with Mill Pond, Hold a Match for a Gasoline World (2005) and Snow Beast (2007), before signing with label Secretly Canadian in 2010 for Good Mood Fool.[3] On November 11, 2016, Temple released A Hand Through the Cellar Door.

Temple’s vocal styles are noted for their use of falsetto, and have been compared to Paul Simon, Jeff Buckley, and Nick Drake.[4]

His song “Make Right With You” was featured in an episode of Grey’s Anatomy, season 3’s “Where the Boys Are”. 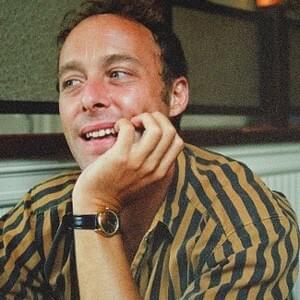