Automatic Loveletter was formed in 2006 by singer-songwriter Juliet Simms. The band was frequently pushed from label to label, limiting opportunities and Simms' creative freedom, and they finally saw their first full-length major-record label release in 2010 with debut album Truth or Dare on Sony Japan. However, a devastating earthquake hit Japan shortly after the release, and the album never saw the promotion it was promised.

Throughout touring for Truth or Dare, Simms had been writing and compiling songs without the input and interference of her label. She swapped to Paper + Plastick and these songs turned into the raw and moving tracks of The Kids Will Take Their Monsters On in summer 2011. This album also included a song that never got to properly see the light of day, Black Ink Revenge, that was written in 2008, but had been picked apart and reformatted by her previous labels into My Goodbye on former releases.

Simms ventured unto The Voice in 2012, dropping the moniker Automatic Loveletter as her main identifier. She finished runner-up and was signed to Cee Lo Green’s label.

Simms fought tooth-and-nail in 2013 against Cee Lo Green and his record label, driving her to crowd-fund an EP on now-defunct site pledgemusic the next year. She used connections she made via her career as Automatic Loveletter to release singles and music videos by herself after the success of the campaign. She was signed to Sumerian Records in 2019 and is now known as Lilith Czar. 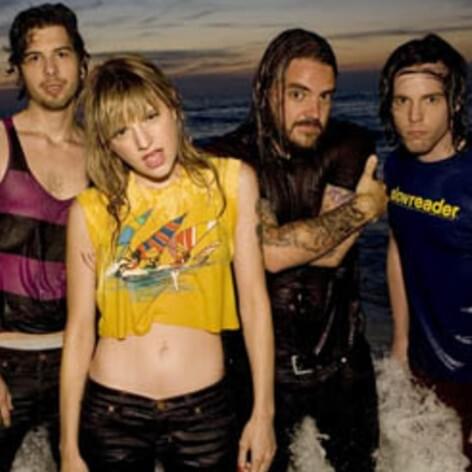