Barry White (born Barry Carter) was a Grammy-winning singer and producer born in Galveston, Texas, who has sold over 100 million albums and is known for his distinctive smooth, deep, soulful voice – earning him the nickname “the walrus of love”. White has earned an astounding 106 gold albums, 41 of which also attained platinum status.

At eight years old, White sang in his church choir. But by the age of sixteen, his brother had been murdered in a gang fight, he’d quit school, had two children and was sitting in jail when hearing Elvis Presley’s “It’s Now Or Never” inspired him to fly straight and pursue a career in music. He played bass for The Upfronts before releasing music under his own name and as Lee Barry.

White found his first success as a writer and producer in the late 1960s with Felice Taylor’s UK hit “I Feel Love Coming On”. Then his soul trio Love Unlimited reached the US top 20 with their first single “Walkin' in the Rain with the One I Love” in 1972. White scored his own top ten hit the following year with “I’m Gonna Love You Just a Little More Baby”, then his first #1 with “Love’s Theme” under the name of his backing band Love Unlimited Orchestra in early 1974.

His first eight albums were either certified gold (or platinum) in the US or silver in the UK (with three accomplishing both). Love Unlimited’s second album went gold in the US and two of Love Unlimited Orchestra’s did the same. Between the three acts, White scored fourteen top 40 hits in the US in this peak era of 1972-1978 including “Never, Never Gonna Give Ya Up”, “Can’t Get Enough of Your Love, Babe”, “You’re the First, the Last, My Everything”, “What Am I Gonna Do with You” and “It’s Ecstasy When You Lay Down Next to Me”.

Though his success waned considerably in the 1980s, he was still widely regarded as soul icon for the rest of his career. In fact, after an appearance on The Simpsons, his 1994 album This Icon Is Love put him back in the US top 20 for the first time since 1978 and became his only 2x platinum album with the help of its US and UK top 20 single “Practice What You Preach”. By the end of the decade, White’s name had become synonymous with silky, sexy music to a whole new generation. Sadly in 2002, White was hospitalized and had to cancel a planned tour. He died of kidney failure in 2003. 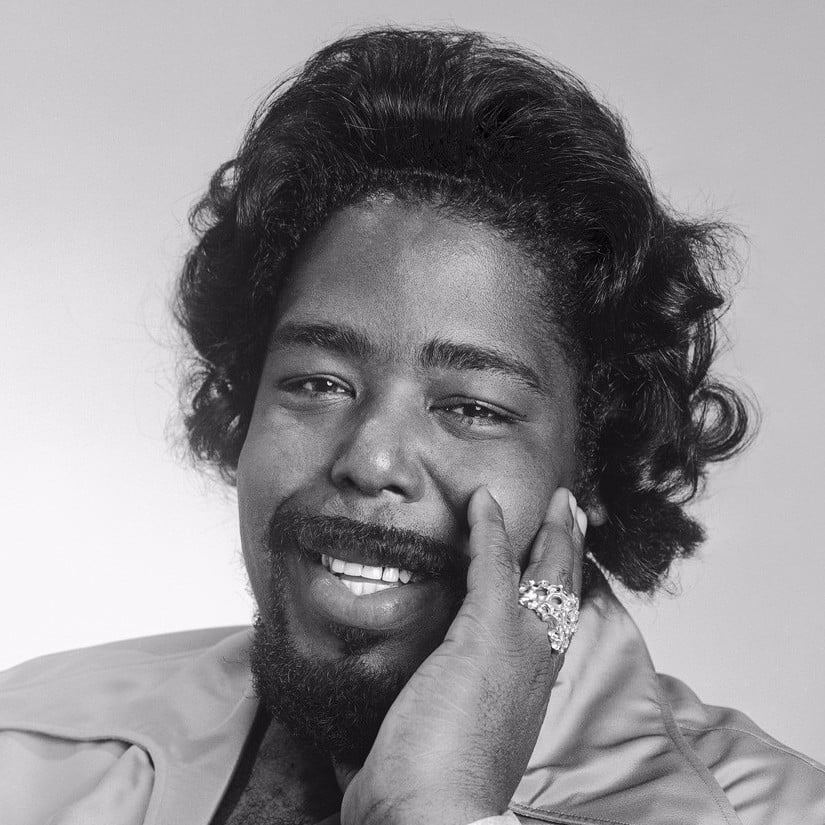