Dan-Erland Swanö (born 10 March 1973) is a Swedish musician and record producer who is currently the vocalist, guitarist, ex-bassist and ex-drummer for the band Nightingale, lately vocalist, keyboardist and drummer for the band Witherscape, as well as the Owner of Unisound but he achieved fame as the vocalist and songwriter of progressive death metal band Edge of Sanity. 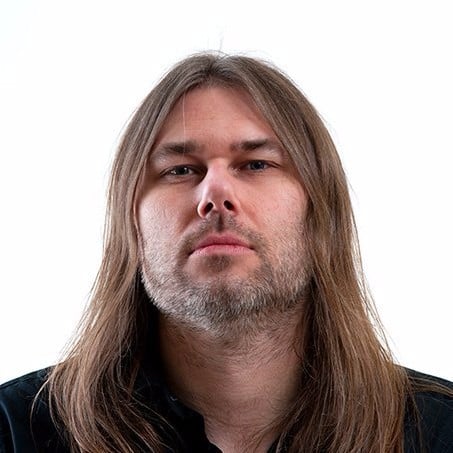