Geto Boys is a rap group hailing from Houston, Texas, best known as the flagship artists on Rap-A-Lot Records with the classic lineup of Scarface, Willie D, and Bushwick Bill. The group caused controversy over their gangsta rap content but they are credited with being pioneers in putting Southern rap on the hip-hop map.

The initial group consisted of Bushwick Bill, DJ Ready Red, Prince Johnny C, and Sire Jukebox, who were featured on their 1988 debut album Making Trouble. Following the album’s lack of success, Rap-A-Lot CEO J. Prince replaced Prince Johnny C and Sire Jukebox with Willie D and Scarface (who went by “Akshen” at the time). This lineup was in place for the group’s second album Grip It! On That Other Level, which received critical acclaim, including a spot on The Source’s Top 100 Rap Albums of All Time list. Their breakthrough third album, We Can’t Be Stopped, was released in 1991 and featured their biggest single, “Mind Playing Tricks On Me.”

After that album, the three members released solo projects and Willie D was replaced by Big Mike for the group’s fourth album, Till Death Do Us Part. Scarface, Willie D, and Bushwick Bill reunited in 1996 for The Resurrection, but Bushwick wasn’t involved in the group’s 1998 release, Da Good, Da Bad & Da Ugly—however, he came back to complete the trio for the group’s next album, 2005’s The Foundation.

Despite conflicting reports earlier in the day, Bushwick Bill passed away on the evening of June 9, 2019 at the age of 52 after a battle with pancreatic cancer. 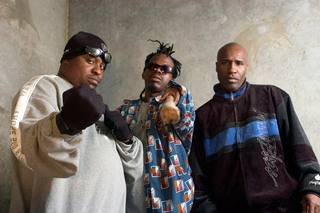