O'Neil Bryan (born 1974), better known by his stage name Elephant Man (or Energy God), is a Jamaican dancehall recording artist. He was given the nickname “Dumbo Elephant” from his classmates as a child for his big ears. The former member of the Scare Dem Crew is responsible for many of dancehall’s greatest hits.

CareerElephant was born in the rough area of Seaview Gardens, Kingston, Jamaica. He was inspired by many musical legends from the same being who had risen to stardom before him and decided to take up music. One day, while singing at the gates of Shabba Ranks at King Jammy’s studios, Bounty Killer heard him and suggested forming a group with other Seaview teens wanting to take up music. That is when Ele joined the Scare Dem Crew (previously known as the Seaview Family), later continuing as a solo artist. He was later characterized for several trademarks, such as his dyed yellow-orange hair, his unique low-key voice, and his stage performance, which included jumping and running or even climbing on stage props and monitors. His acoustic trademark is a slight lisp.

Bryan had his first international recognition when he and Puma settled a contract for using his single “All Out” for its Olympics commercial campaign in 2004.

His song “Willie Bounce” appeared on several mixtapes in early 2006. It used the first few bars from “I Will Survive” by Gloria Gaynor. “Willie Bounce” has been described as one of Elephant Man’s most recognizable songs, with the corresponding dance still enjoying popularity as of 2015.

Bryan signed with New York-based label Bad Boy Records and released Let’s Get Physical on 6 November 2007. The first single was called “Five-O” and featured Wyclef Jean. Another track on the album featured Diddy and Busta Rhymes, and it was produced by Cipha Sounds and Solitair.

Many of Elephant Man’s songs are found on various Riddim Driven albums by VP Records and Greensleeves Records' Rhythm Album series. He performed on popular riddims such as “Diwali”, “Coolie”, “Stepz”, and “Bubble Up”.

The Gully Creeper dance, for which Bryan created a song, was danced by Usain Bolt at the 2008 Summer Olympics in Beijing after winning the gold medal and breaking a world record in the 200-meter sprint. In 2009, Elephant Man released a cover of the song “We Are The World” in tribute to Michael Jackson. He also plays one of the following song “Ooo La La La” by Teena Marie. In 2013 he did a cover of Eminem’s song “Berzerk”. Also, he first appeared on BET Awards where he sang with Beenie Man. He was invited to sing on the album Free the Universe by Major Lazer, where he collaborated for the song “Wind Up”. On Jamaican Cribs, his house was featured, displaying its 20 rooms, 1 bar, 4 chefs, 1 jacuzzi, 1 shark, 15 dogs, 1 pool, 6 rabbits, and 1 disco club. It was named one of the largest houses in Jamaica. 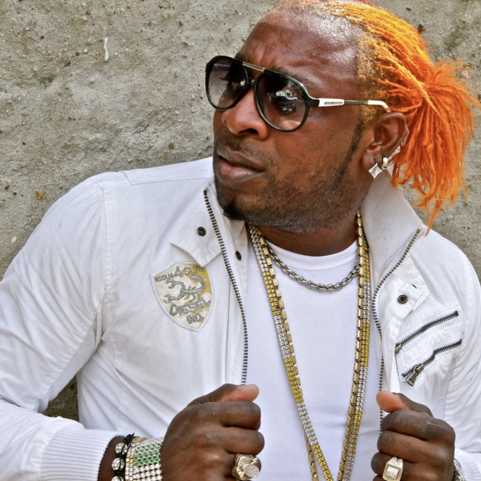