Lichelle Laws (August 14, 1969) is an American gangsta rapper from Detroit, Michigan but later she relocated to LA before being spotted by DJ Quik who stuck her on a track with AMG.

Her debut album, “Born Gangstaz”, reached number three on Billboard’s Top R&B/Hip-Hop Albums chart in 1993.Also in the same year from her album she released 2 singles “Deeper” & “Recipe of A Hoe” which both ranked number 1 on Hot Rap Songs also in the same year.

Bo$$ was first a duo, with the female rapper Lichelle and her friend Irene Moore. The group name stood for “Bitches On Some Shit” and was the first act to sign with Def Jam West. 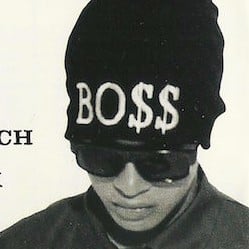