Sammie Marquez Benson (b. April 8, 1990), better known as Blac Youngsta, is a rapper from South Memphis. He signed to Yo Gotti’s Collective Music Group (CMG) record label in 2015. After he released his Yo Gotti-assisted single “Heavy" in August 2015, he started to gain clout beyond the Memphis rap scene.

In September 2016, Youngsta was featured on Houston rapper Travis Scott’s sophomore studio album, Birds in the Trap Sing McKnight, on the song “coordinate”. The feature boosted his popularity even more.

After six mixtapes in two years, his 2017 singles “Booty” and “Hip Hopper” became two of his biggest hits to date. They both appear on his debut studio album, 223, which was coincidentally released on February 23, 2018, the title of the album. The album features guest appearances from Lil Yachty, Travis Scott, French Montana, Yo Gotti, LunchMoney Lewis, and Rasta Papii.

His three solo singles “So What”, “Goodbye”, and “Like a Pro” were released in November 2019. All of them appear on his sophomore studio album, Church on Sunday, which was released on November 29, 2019, coinciding with Black Friday. The album features guest appearances from countless rappers and friends, including DaBaby, Tory Lanez, and G-Eazy 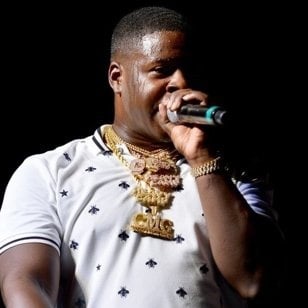