Grammy-winning R&B singer, rapper, dancer, graffiti artist, illustrator and the first male lead artist to have his debut single top the Billboard Hot 100 in 8 years with “Run It!” in 2005, Breezy is undoubtedly a multifaceted artist. To add to this, he is the father of Royalty, a princess and the inspiration for his 7th studio album Royaltyundefined.

It’s undeniable his ability as a musician, dancer, and all-round entertainer. At the 54th Annual Grammy Awards (February 12th, 2012) his 4th studio album F.A.M.E.undefinedundefined won the award for Best R&B Album and a hugeundefined number of other awards and nominations ranging from his debut as a 16 year old in 2005 to his most recent projects.

Brown’s career is long-lived, pristine and all about his music with hits such as “Look At Me Now,” “Turn Up the Music,” and “Loyal,” and successful collaborations with Omarion on his hit “Post to Be” and Lil Dicky's “Freaky Friday” in recent years.

His sixth album X was due to be released near to the end of 2013 but was pushed back due to Chris having to attend to his legal troubles and serve a stint in rehab. It was eventually released during the summer of 2014. Following X, Chris and Tyga released the follow up to their 2010 mixtape Fan of a Fan at the beginning of 2015, titled Fan of a Fan: The Album. The album spawned the hits “Ayo” and “Bitches N Marijuana.”

In 2017, Chris released his own autobiographical movie Welcome to My Life. The movie which was directed by Andrew Listerman provided an insightful look into his life about his music, living in the spotlight and his relationships along with interviews by other musical stars including Usher, Jamie Foxx and more.

In late 2017, Brown made history again by becoming the 10th most certified artist in RIAA single history. He also has totaled over 74 million sales plus streaming units between his singles and albums combined and earning 40 RIAA plaques in 2017 alone.

In February 2018, Brown announced a joint project with rapper Joyner Lucas, titled Angels and Demonsundefined. As of March 2019, there’s no set release date for the album, but three singles have been released: “Stranger Things,” “I Don’t Die” and “Just Let Go.”

On June 28th, 2019, Chris released his ninth studio album Indigo under RCA records, featuring his previously released singles, Undecided, Back To Love, Wobble Up with Nicki Minaj & G-Eazy, Heat with Gunna, and his chart topping hit with Drake, No Guidance. Indigo would debut at number one on the Billboard 200 on July 8th, 2019, making this his third album to do so. Indigo would go on to be certified platinum by the RIAA on December 9th, 2019, making this his eighth album to go platinum. 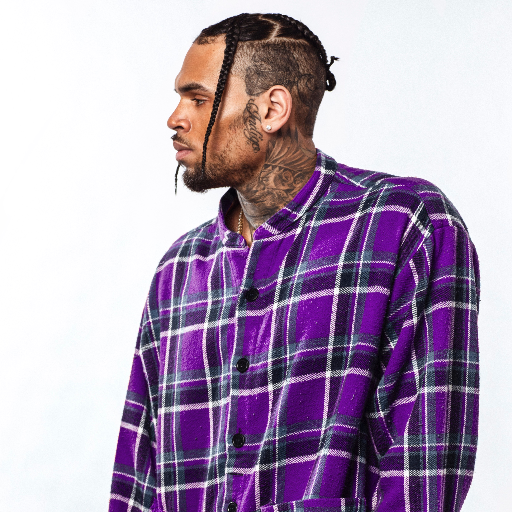