P Money began his career within the crew Fatal Assassins along with MCs such as Little Dee and Blacks. During these times P Money was known for his fast, skippy flow which created plenty of hype when attending pirate radio shows. He attended many classic studio sets such as those from the Hazardous Sessions series and also Fuck Radio Volume 5. He gained a lot of positive attention for his 2008 single “What Did He Say”, the title of which was used as a slogan for a line of T-shirts. He is currently a member of the crew OGs and was involved with the collective’s first release, OG Season.

His debut mixtape P Money Is Power was also released in 2008 and received mixed reviews, with some people doubting the strength of the productions on the CD. However, he ignored his haters and dropped Money Over Everyone in 2009, gaining him more fans. Then, in 2015, he released the sequel, Money Over Everyone 2, featuring MCs like Footsie and D Double E. 2016 saw him lift the lid on his debut album Live & Direct featuring the hit single “Gunfingers”, which P recorded alongside veterans Jme and Wiley. In 2017, a beef involving Nandos, punchlines and lies with Dot Rotten began, with P releasing Snake EP and Snake EP 2 in quick succession to leave the forgotten MC in the dust, 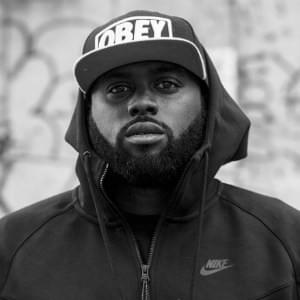