The Firm was a group consisting of Nas, Foxy Brown, AZ, and Nature. The Firm first appeared on “Affirmative Action” from Nas' 1996 album It Was Written, but instead of Nature, the song featured original member Cormega, who left the group due to creative and financial issues. The group released their only album, The Album, on Dr. Dre’s Aftermath Entertainment in 1997, which debuted at #1 on the Billboard 200 and achieved gold status. The original lineup of Nas, AZ, Foxy Brown and Cormega reunited on the track “Full Circle” from the 2020 Nas album King’s Disease.

Nas spoke about the beginning and end of The Firm:

AZ was my man and he told me about Foxy Brown; drove me to Brooklyn to meet her at her house. I wanted to put the Firm together and she fit perfectly.

I saw the future being albums, tours, Firm athletic wear. We had all those meetings and shit. But the politics of this manager, that manager, this label, that label—it just got in the way of what I thought could’ve been huge. 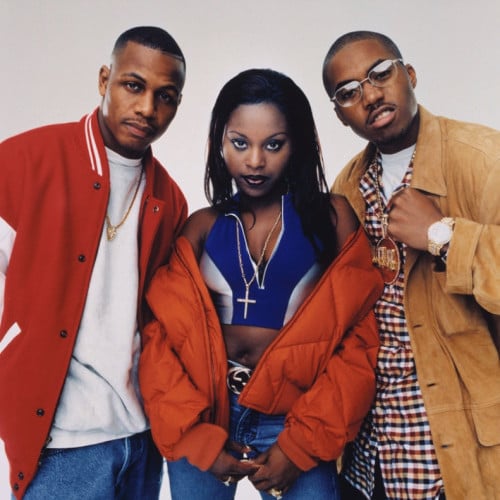