Eric Lynn Wright, professionally known as Eazy-E or Casual, was born on September 7th, 1964, Eazy-E got his name from back in the days when he sold drugs on the streets of Compton, where he lived his whole life. He also was a member of Kelly Park Compton Crips.

In 1986 Wright took the money he gained from this “business” to found the record label Ruthless Records, together with Jerry Heller, his manager. The first artists signed in to this label was Eazy’s group “Niggaz With Attitude”, N.W.A, the first rap group who published a track “Fuck Tha Police”, which caused a warning by the FBI.

A very big part of E’s music career was his beef with Dr. Dre, caused by Dre’s diss “Fuck Wit Dre Day” and his assumption that his contract on Ruthless Records was a scam. On almost every track released after 1993, Eazy mentions Dre or the Death Row Records Posse.

What many people do not know is that his influence on rap music was and still is very big. He also introduced many popular artists such as will.i.am, Bone Thugs-N-Harmony, Above The Law. 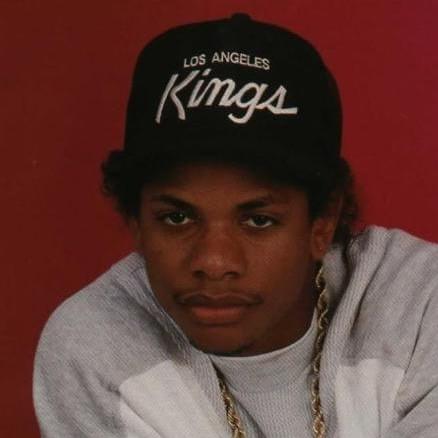