Tyler Joseph is the lead singer of the Columbus, Ohio duo ​twenty one pilots with his best friend Josh Dun, which was formed in 2009. His only album as a solo artist, No Phun Intended, was recorded while he was in high school.

The band was formed when Tyler ditched basketball in the eleventh grade to become a musician. He tore through learning piano to bass and ukulele. “I had identity issues. I didn’t like being the guy who played sports,” he says in a YouTube interview. “So I set up a microphone and a little studio. My mom’s trying to do the dishes and she hears her son screaming his head off down in the basement trying to record vocals, and she’s gotta be thinking, ‘What the heck is going on with him?’ So they were really confused.”

While Tyler was in college he collaborated with Jocef Michael (or Jocef as he’s normally called), another Christian artist from Ohio. They collaborated on “Dollhouse” and “Live” as well as the twenty one pilots' song “Be Concerned.”

Tyler (like bandmate Josh Dun) is a Christian, and most of his music includes Christian themes and imagery in the lyrics, for example, “Screen” and “Goner.” He was also inspired by dc Talk. 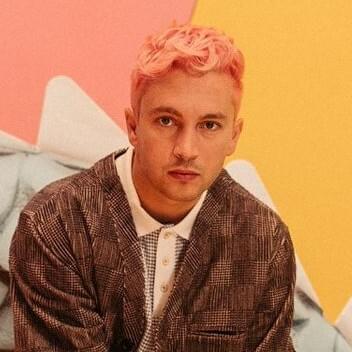