Robert Kelly is a Grammy Award-winning singer, songwriter, and producer from the South Side of Chicago, Illinois, where he first started performing under the “L” subway tracks as a teenager. This led into his first album, Born Into the 90’s, being released in 1992 as a collaboration between R. Kelly and Public Announcement. R. Kelly wrote and produced the entire album, which contained the #1 R&B hits “Honey Love” and “Slow Dance,” along with the Top 10 R&B hits “She’s Got That Vibe” (#7) and “Dedicated” (#9). The following year, Kelly went on to become a solo act.

In 1993, he released his first solo album, 12 Play, featuring the hits “Bump N' Grind” and “Your Body’s Callin'.” He released a self-titled album in 1995 featuring the hits “Down Low (Nobody Has To Know)” and “You Remind Me of Something,” while his 1998 double album, R., featured a string of hits, including “I Am Your Angel” with Celine Dion, “When a Woman’s Fed Up,” and his Grammy Award-winning song “I Believe I Can Fly” from the Space Jam soundtrack.

The success of these albums led to him becoming an in-demand producer in the ‘90s, writing and producing #1 hits for Aaliyah (“Back & Forth”), Janet Jackson (“Any Time, Any Place (Remix)”), Changing Faces (“G.H.E.T.T.O.U.T”), Maxwell (“Fortunate”), and Michael Jackson (“You Are Not Alone”).

His hit-making continued through the 2000s, producing hits for himself such as the remix to “Ignition,” “Step in the Name of Love,” “Happy People,” and the soap opera musical “Trapped in the Closet,” along with producing hits for artists such as Britney Spears, Ginuwine, Nick Cannon, Whitney Houston, and the #1 song “Bump, Bump, Bump” by B2K. He also produced a remix to his song “Fiesta” featuring JAY-Z, which led to the duo releasing two collaborative albums: The Best of Both Worlds (2002) and Unfinished Business (2004).

With collaborations such as “Do What U Want” with Lady Gaga, R. Kelly showed his ability to still appeal to a mass audience, while continuing to perform at sold-out shows. After being in the music game for over 25 years, many still feel Kelly remains on the throne as the King of R&B. 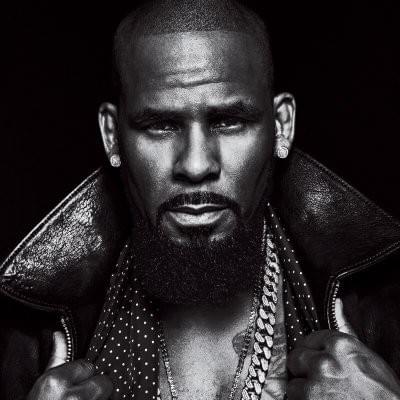