While most recognized for her featured artist contributions, Grammy Award-winning singer-songwriter Chrisette Michele has produced a #1 album and numerous Billboard-charting records to her own credit. Born Chrisette Michele Payne on December 8, 1982 in Central Islip, New York, she grew up in a church-heavy household in Patchogue, New York, and her life as a performer began early as she sang with the choir of her parents' church congregation. After a high school teacher gave her a CD to Astrud Gilberto’s “The Girl From Ipanema”, her first exposure to secular music, she enrolled vocal performance programs at Five Towns College, where she would study Ella Fitzgerald, Billie Holliday, and Frank Sinatra as models for her career prior to her graduation.

At the same time, Chrisette began showcasing within small-scale New York City venues, including at the Village Underground club in 2006, where she was discovered separately by India.Arie, who offered her an opening act role on the Testimony Tour, Vol. 1, and by representatives of Island Def Jam Records, where she would eventually sign under the direction of L.A. Reid. By the next year she had scored featured artists credits on records alongside Jay-Z, Nas, and Kanye West and her debut album, I Am, was released with strong success. Most of her first effort consisted of music Chrisette had begun recording or writing prior to signing to Def Jam; with assistance from John Legend, Salaam Remi, and Babyface, the album earned a Gold certification, topped at #5 in the R&B/Hip Hop chart, and a Top 30 spot in the Billboard 200. Her Grammy came from the song “Be Ok”, featuring Will.I.Am, for ‘Best Urban/Alternative Performance’ in 2009.

After opening up for Kem and Angie Stone on their tours, Chrisette co-headlined The Art of Love Tour with Raheem DeVaughn and opening artist Solange Knowles in 2008. She took on more features and songwriting gigs with The Roots, Ghostface Killah, The Game, and Wale, solidifying her growing hip hop fan base in time for her second album, Epiphany on May 5, 2009, which is still her best-selling album to date. It debuted at #1 with 83,000 first-week sales, knocking over Bob Dylan’s Together Through Life from the top of the Billboard chart. With major production or assistance from Ne-Yo and Darkchild, the singles “Epiphany” and “Blame It On Me” took over urban radio and made her one of Def Jam’s top artists. In 2010, as she completed her first solo headlining tour, The Epiphany Tour, she was featured on the Rick Ross hit “Aston Martin Music” with fellow singer-songwriter Drake, another Top 30 release and her best-selling feature to date. Her next album, Let Freedom Reign came out on November 30 of that same year and was Chrisette’s third consecutive Top 30 Overall/Top 10 R&B/Hip Hop Billboard album.

Chrisette’s next album, 2013’s Better, came under Def Jam’s co-label Universal-Motown Records Group, which was heading into extinction. Better earned her a second Grammy nomination and the #12 spot on the Billboard (#2 on the R&B/Hip Hop chart). She joined the cast of VH1’s R&B Divas: Los Angeles in 2014, staying for its final two seasons before its cancellation in 2016. She departed from Island Def Jam and formed her own company Rich Hipster, so she could become “CEO of her life”; it entails a clothing line, “Rich Hipster Belle”, music school “Rich Hipster University”, and label distributed by Capital/Carolina Records, under which Chrisette’s fifth album Milestone was released on June 10, 2016. By this time, she had also self-released a 2014 EP The Lyricist’s Opus and 3 mixtapes from 2010-2016 on her own.

In early 2017 came Chrisette Michele’s controversial inclusion in the Donald Trump inaugural celebrations and her performance at his Inauguration Gala, which caused a lot of backlash from her fanbase and fellow artists. She wrote an open letter, stating “We Can’t Be Present If We’re Silenced.” At the same time, she announced an upcoming ‘poetry’ album) and released its title track, No Political Genius, and another poem, “Summertime”, saying that she was going to “keep releasing poems until I get them all of my chest…I’m gonna keep going until I feel empty.” While she ultimately did not perform next to Trump on the Capitol Steps during the “Make America Great Again” Inauguration Gala as planned, she did get on stage during the “Liberty Ball” dance later that night.

It appears the No Political Genius album was scratched as Chrisette released Out of Control on April 13, 2018 instead. It appears Rich Hipster has begun a period of creative overhaul under construction as all its websites and material are no longer available, but Rich Hipster University (RHU) is still offering song writing classes led by Michele herself.

In 2015, Chrisette announced her engagement to on-and-off again manager Doug ‘Biggs’ Ellison, a fellow Five Towns alum and CEO of Four Kings Management; a noteworthy anecdote is that between 2007 and 2010, Chrisette and Four Kings were suing one another, Chrisette going after the management company for “embezzlement” and Four Kings claiming a “breach of contract” on the singer’s part. Both suits were eventually dropped. Biggs, also known as one of the late Chinx’s managers, has become Chrisette’s manager once more as well. The couple finally eloped in early 2018. Her brother is rapper and frequent collaborator Lem Payne. 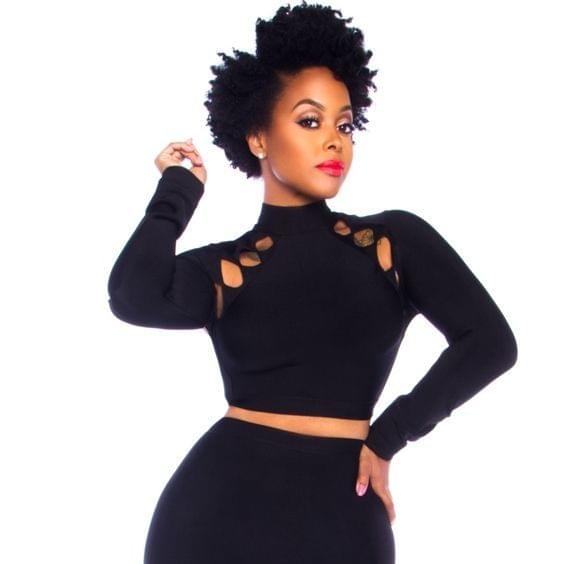