Marvin Bernard (born March 31, 1978), better known by his stage name Tony Yayo, is an American rapper, hype man, and member of the hip hop group G-Unit. Tony Yayo was brought up in South Jamaica, Queens, New York and his longtime friends with 50 Cent and Lloyd Banks. He is signed to 50 Cent’s record label G-Unit Records and recently signed a deal with EMI to release his second untitled album. He is CEO to the label G-Unit Philly. His stage name is derived from the 1983 film Scarface, referencing the character Tony Montana and the slang word for cocaine. 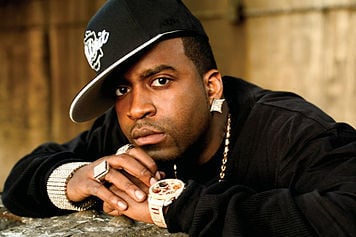