Zara Maria Larsson is a Swedish singer and songwriter. Born on December 16, 1997, she showed interest in music from a young age, even receiving an offer to enroll in the prestigious Adolf Fredrik’s Music School. At the age of 10, she came to prominence by winning the 2008 series of Talang, the Swedish version of the Got Talent franchise. Her first release was a cover of Céline Dion’s hit, “My Heart Will Go On”, under the name Zara.

Instead of launching straight into her career as a recording artist, she held off on releasing further material–to her disappointment–until late 2012 with her first original song, “Uncover”. Eventually certified 6x Platinum in her native Sweden, it was later followed by her debut EP, Introducing, in January 2013. After signing to the American label Epic Records and supporting Cher Lloyd on her North American tour, she released her second EP later that year. 1 followed in October 2014 as her debut album, featuring 14 tracks including “Uncover” and the singles “Rooftop”, “Carry You Home” and “She’s Not Me”. As the album was released exclusively in Scandinavia, the rest of the world received a consolidated Uncover EP the following January.

Not long after the EP’s release, Zara began working on a follow-up to her debut that would be released worldwide. “Lush Life” initially was limited in its success to Scandinavia, but by March the following year, it was a success across Europe, reaching the top 3 in the UK. She enjoyed further success with her MNEK collaboration, “Never Forget You,” which became her first UK chart entry. So Good was eventually released in March 2017 as her official international debut album; alongside the aforementioned singles, it also featured “Ain’t My Fault”, “I Would Like” and the UK #1 single “Symphony” (with Clean Bandit).

Zara spent much of the latter half of 2017 touring So Good and commencing work on her third album. October 2018 saw the release of its lead single, “Ruin My Life”; little else is currently known about the album, although the singles “Don’t Worry Bout Me,” “WOW” and “All the Time” have since been released. Fan favourite “Wanna” is also expected to appear on the tracklist after being cut from her previous album. 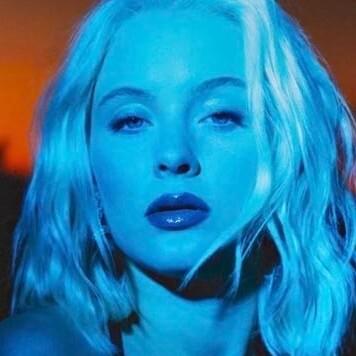