One of the greatest rock bands of all time, Led Zeppelin was comprised of guitarist Jimmy Page, drummer John Bonham, singer Robert Plant and bassist\keyboardist John Paul Jones. Following the death of Bonham in 1980, they went on a permanent hiatus.

Known for Plant’s aggressive, stunning vocal performances, Page’s iconic guitar riffs and Bonham’s exuberant drumming (as well as Jones' groovy bass lines and keyboard arrangements—the latter of which received more prominence in the band’s later albums), they’ve sold around 300 million records worldwide. Tracks such as “Stairway to Heaven” and “Kashmir” frequently make ‘greatest songs of all time’ lists, and their live shows are spoken of in hushed tones. Plant’s painful, bluesy screech, Page’s innovative guitar playing (sometimes with the use of a violin bow), Jones' precision and Bonzo’s monstrous drum sound and extensive solos made for legendary concert performances.

Despite contemporaries such as The Who continuing to tour and release new music, both Plant and Page have assured fans that the band will not reunite. At most, the surviving members performed with an array of drummers and bassist Paul Martinez during Live Aid (1985), Page and Plant did a combined project in the mid 90s, and the band performed with John’s son Jason Bonham (a drummer himself) in both Atlantic Records' 40th anniversary in 1989 and a 2007 concert for Atlantic’s recently deceased founder Ahmet Ertegun (released as the lauded live album\film Celebration Day in 2012). Their legacy remains intact. 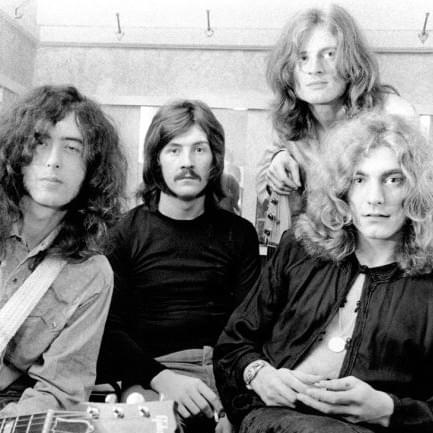