“Gilbert and Sullivan”, sometimes shortened to ‘G&S’, is the partnership of the composer Arthur Sullivan and the librettist W.S. Gilbert. Together the duo created fourteen comic opera’s that revolutionised musical theatre.

Their works are commonly referred to as Savoy Operas, due to being performed in the Savoy Theatre which was built by the D'Oyly Carte Opera Company specifically for their musicals.

Gilbert and Sullivan have heavily influenced the English language, musical theatre, pop culture, literature, film and politics. Their style of parody has been described as creating the distinct British comedic style and they have been credited by some of the most prolific Broadway composers and lyricists as influencing their work, such as Andrew Lloyd Webber and Cole Porter. John Bush Jones once said G&S were “the primary progenitors of the twentieth century American musical”.

Gilbert and Sullivan’s musicals have regularly been quoted in the British parliament, especially The Mikado, Supreme Court justices have quoted lyrics in decisions and Lord Charles Falconer attempted to disband his own office of Lord Chancellor due to the offices portrayal in ‘Iolanthe’.

The duo eventually disbanded due to a culmination of disagreements that began when Sullivan refused to compose one of Gilbert’s librettos due to casting disagreements, and peaked when Gilbert was publicly disgraced upon arriving at the premiere of a Sullivan opera assuming seats had been reserved for himself and friends only to be refused entry, apparently on Sullivan’s request. It was said the last time they met they refused to speak to one another. Regardless, after Sullivan’s death Gilbert spoke fondly of him and claimed he was “…a composer of the rarest genius”. 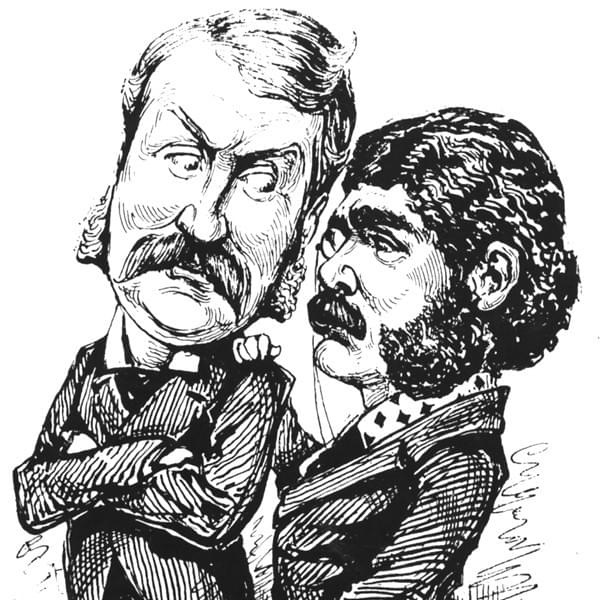